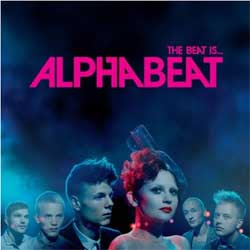 To be honest, I like this one even better than yesterday's.

It should go without saying that if this Alphabeat album gets released in the U.S. in 2011, I will have absolutely no shame about putting ALL of these songs on the 2011 list.

Where would this song have ranked on 100 Songs for 2010 had I been paying attention?

Posted by Aaron Bergstrom at 4:30 PM