Kicking us off this year, it's StubHub revolutionary Megan Swidler!  Check out Megan's 2013 list here, or scroll down to get into the 2014 goodness. 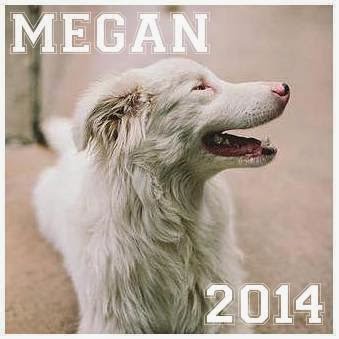 If you told me at the beginning of the year I would end up absolutely obsessed with an R&B chick who’s dating the guy from Twilight I would have had seriously questioned your sanity. However, it has happened and I am totally ok with it. Twigs is the everything, the total package, and her album is fire. "Two Weeks" was my first listen, first favorite, and my pick for song of the year.

*Sigh* My song of the summer. I love these guys. They sing a mean falsetto and are also pretty nice to look at. Whole album is super refreshing from start to finish. Not bad for a debut…

Twigs is making an early 2nd appearance on the list but, again, I’m totally ok with it. “Kicks” closes out the album and is smokin hot. Like, blushing-on-the-bus hot. Give it a listen and you might have a new fave bedroom song…

I was not sold on Alt-J’s first album but their latest release is right up my alley. “Every Other Freckle” is smooth and sultry and an all-around gorgeous track. They also win for most graphically British lyric of the year (“Turn you inside out to lick you like a crisp packet…”) BRILLIANT!

If you know anything about my musical inclinations you’d know that I’m Hot Chip’s #1 Fan. So when I saw they released a track for the Arthur Russell Tribute album it was like Christmas morning (I’m assuming, at least…). Anywho, this cover is super fun and has one of the best breaks I’ve heard in recent days (found at minute 6:54…)

Another repeat but I’m allowed two per artist, right? This one’s funky and a total butt shaker. One of the more upbeat songs on the album so it’s a stand out in that regard but on its own it’s a winner as well. “Pick a petal, eenie meenie minie mo, and flower, you’re the chosen one…” LOVE IT

…And Star Power is a great album for those with a penchant for Pink Floyd but love new music as well. This track is total nostalgia but also manages to sound fresh, a la Tame Impala. I’m a big fan.

What a great song. Super sweet, melodic but with an edge and a nice geetar riff.

This is cheating but technically a 2014 release! Right?! If you haven’t listened to “212” yet then I feel sorry for you. I don’t even think there’s one appropriate lyric I can insert in here but that’s what’s so amazing…I GUESS DAT C GETTIN E!
Posted by Aaron Bergstrom at 2:25 PM