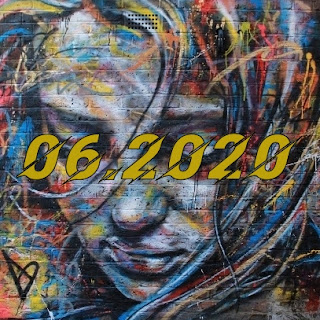 After the tragic events of September 11, a surprising number of public intellectuals declared The Death of Irony, surmising that a tragedy on this scale would change the way we thought about sarcasm, cynicism, and even comedy in general. We were entering into an Age of Sincerity. Everything we did would now be meaningful. There would no longer be an appetite for cheap laughs based on current events. Late night talk show hosts presented themselves to their audiences with something like contrition, as if to say, "well, what are we supposed to do now?"
Those intellectuals were, of course, wrong. Comedy still exists. Irony still exists. We probably have more of it than ever before. Almost twenty years later, it's tough to tell if September 11 had an impact on comedic discourse at all. As humans, we are fantastically skilled at returning to normal.
Today, I am refusing to learn the lesson of those public intellectuals. It feels weird to force a two sentence reaction to, like, a BLACKPINK song when the world is still very much on fire. If you are spending even one minute reading something I wrote and not reading something about police violence, or Black Wall Street, or prison abolition, or mutual aid, I feel like I'm wasting your time.
It won't always feel like that. We (or at least those of us who have the privilege to choose whether or not we want to pay attention to any of this) will all get back to normal sooner than anyone thinks.
For this month, though, I'm going to do something different: instead of song reviews, links to things I read, watched, or listened to over the past month or so that changed the way I see the world. I'd love to hear what had an impact on you.
(1) Phoebe Bridgers - "I Know The End"
Rachel Kushner, Is Prison Necessary? Ruth Wilson Gilmore Might Change Your Mind (New York Times)
(2) Bad Moves - "Toward Crescent Park"
Miriame Kaba, Yes, We Mean Literally Abolish the Police (New York Times)
(3) Anderson .Paak - "Lockdown"
Angela Davis, Are Prisons Obsolete?
(4) Beyonce - "BLACK PARADE"
https://www.8toabolition.com/
(5) Bright Eyes - "Mariana Trench"
Matthew Dessem, Police Erupt in Violence Nationwide (Slate)
(6) Shamir - "On My Own"
Osita Nwanevu, The Deep Amnesia of Our National Conscience (New Republic)
(7) Jessie Ware - "Soul Control"
Julia Lurie, They Built a Utopian Sanctuary in a Minneapolis Hotel. Then They Got Evicted. (Mother Jones)
(8) Oceanator - "A Crack In The World"
Aaron Gordon, There Needs to Be Consequences (Vice)
(9) The Beths - "Out of Sight"
Rebecca Carroll, You Should Be Feeling Miserable (The Atlantic)
(10) The Foxies - "Anti Socialite"
Alex Pareene, The Police Take The Side Of White Vigilantes (New Republic)
(11) Songhoy Blues - "Worry"
Jack Mirkinson, Which Side Are You On? (Discourse)
(12) Burna Boy - "Wonderful"
Kelefa Sanneh, The Fight to Redefine Racism (New Yorker)
(13) BLACKSTARKIDS - "SOUNDS LIKE FUN"
Jia Tolentino, Where Bail Funds Go From Here (New Yorker)
(14) Annie - "American Cars"
Hanif Abdurraqib, The Vanishing Monuments of Columbus, Ohio (New Yorker)
(15) Dadi Freyr - "Think About Things"
Nikole Hannah-Jones, What Is Owed (New York Times)
(16) The Killers - "My Own Soul's Warning"
Blair McClendon, Such Things Have Done Harm (n+1)
(17) Phoebe Bridgers - "Chinese Satellite"
The Black Panthers: Vanguard of the Revolution
(18) Fenne Lily - "Alapathy"
Jelani Cobb, Juneteenth and the Meaning of Freedom (New Yorker)
(19) HAIM - "Leaning On You"
Ishmael Reed, America's Criminal Justice System and Me (New York Times)
(20) Sonny Falls - "Filling in the Blanks"
Vicky Osterweil, In Defense of Looting (New Inquiry)
Vicky Osterweil, Burning Down the 3rd Police Precinct Changed Everything (The Nation)
(21) BLACKPINK - "How You Like That"
David Roth, Twilight of the Cop Consensus (New Republic)
(22) Lil Baby - "The Bigger Picture"
Podcast: Ruth Wilson Gilmore Makes the Case for Abolition (The Intercept)
(23) Noname - "Song 33"
Podcast: Justice in America: Prison Abolition (The Appeal)
(24) Katie Malco - "Animal"
Jamil Smith, The Power of Black Lives Matter (Rolling Stone)
(25) Bad Moves - "End of Time"
Michelle Alexander, America, This Is Your Chance (New York Times)
Posted by Aaron Bergstrom at 5:08 AM