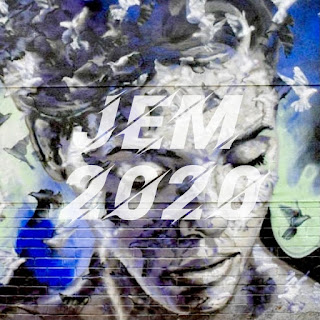 None of my “Most Played” Spotify tracks are from 2020. Maybe it has something to do with the strangeness of this year, and seeking comfort in the known. Or at least, that’s how the first half of the year went!

The shift to working exclusively from home has meant more music-listening & artist-discovering for me, mainly because I’ve been listening to more radio shows, but also because it’s been our “Year of the Smart Home” (a.k.a. the year we finally got a Google Home, with smart lights quickly following). Kim and I aren’t a particularly musical household, so being able to play random radio stations and genres effortlessly has meant a lot more ambient music from a slightly broader range of sources (which has been lovely).

While we're here, a special shoutout to Spotify’s “You Might Also Like” recommendation feature and the joys of stalking friends' public playlists: the witty/random/intriguing playlist titles are so fun to browse through, always a nice distraction when looking for something new.

One night, as Kim and I were cycling through Vondlepark at around 11 pm, a few people were hanging around under one of the bridges and playing it on their phones. Hearing that snatch of music while speeding past made it the fastest cycle home I think we’ve ever done, and being able to put it on loudly when we got home (sorry not sorry sorority neighbours!) was so invigorating and life affirming and just good. A great personal reminder of the power of loud music in a year when listening to music on speakers bigger than I am while dancing and grinning at strangers also sharing that experience hasn’t really been a thing.

Posted by Aaron Bergstrom at 11:58 PM