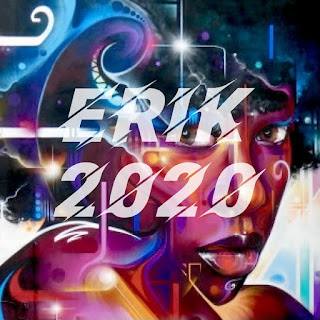 I had a hard time picking just one song above the rest this year, but damn it was a sad year, so this is it.

Great song on an album full of great songs.

He's a musical genius, too.

It really did feel like the end at some points this year. This builds so beautifully to an epic end, such is life?

Her voice and a simple guitar is all it takes to be incredibly moved.

This is about much more, but to me it was about the end of every day in a house full of two grown adults and a food-throwing baby living at home 100% of the time.

So smooth, this guy is the essence of cool.

When I was an impressionable 5th or 6th grader in Atlanta, there was an R&B song called “My Boo” by Ghost Town DJs (maybe?). This song has that sound and it works for me.

Intense and emotional, like the album. No one's going to accuse Fiona Apple of making easy listeners.

An album for the times, Killer Mike's verse on this song gives me chills.

If life is indeed a young man's game, what does that mean for us guys getting older?

I loved this whole album but this was the real earworm for me. Earworm of the Year.

13. Busta Rhymes - “Look Over Your Shoulder”

Kendrick kills his guest verse and Busta in his fast-rapping form, this is gold.

Gibbs' raps over these lovely beats work so well. Rick Ross showed up too.

Yes, I'm feeling sad. But this song makes me feel a bit better.

This song is somehow depressing and uplifting at the same time. They were the last live show I saw - I miss live shows! :(

I'm hoping for a life more sweeter for you too, Leon.

This is that old school R&B sounding stuff, guess I had a soft spot for nostalgia this year.

While the album didn't hit for me like their previous work, I still dig the sonic sounds of this one.

Danced with the baby around the house a lot to this. We all needed that in 2020.

Posted by Aaron Bergstrom at 1:36 AM