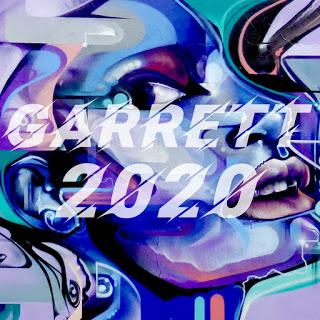 Did you know that the Apple Health App automatically turns the volume down in your AirPod Pros when you’ve sustained a high average volume for an extended period of time? And they consider this to be a feature and not a bug? I’ll tell you what’s healthy, Mr. Tim Apple, and that’s drowning out the absolute fucking hellscape of this year with fun pop beats and hopeful chord progressions. After the vaccine, they’ll start working on the next public health crisis - my self inflicted hearing loss. And if not, I’ll just be that happy deaf kid from Mr. Holland’s Opus who sits on the speaker blasting at full volume and finally “gets” John Lennon. Anyway here’s my list.

I reached 100 streams of this song in five days, mostly through repeats in the shower where I came dangerously close to boop-ing my dumb, gay little brain against the tile wall while Lady Gaga’s curiously deep speaking voice shook the little droplets of water until they became pure steam. But seriously, this is A+ escapist shower music. The moment I’m able to dance to this with my friends on a disgustingly slick dance floor, I will finally be free.

“Physical???” I wondered aloud to my deaf dog when I saw the track listing off of Future Nostalgia. How is this bitch going to try to one up Olivia Newton-John? Well, she did it. This song is fucking brilliant and I think probably the best pop song of the year off of the best album of the year. Also, like zombie Jesus or the song “Zombie” by Miley Cyrus by the Cranberries, this album absolutely refuses to die. Dula will be 80 years old with her baltic tits practically scraping the floor and cranking out another remix to this album. “Good for her!” I’ll croak and then softly pass away in my sleep.

I love BLACKPINK. They are the superior K-Pop group. I would absolutely die for Lisa, who could pop-and-lock her way into crushing my windpipe with those high heeled boots she dances in and I would be like “감사합니다!!!” The fact that BLACKPINK deigned to work with an up and coming American artist such as Lady Gaga really speaks volumes about the rising popularity of American music. I think they might finally be on to something. If you want to release serotonin into your cerebrum, go watch their dance rehearsal videos on YouTube.

This song was out for like 300 days before I first listened to it and realized it is a song about absolutely nothing, wrapped in nothing, passed through a series of nothings, until it comes out the other side as … a fun pop song? The Chris**** and the Queens’ cover was really special, but the real moment for this song was the VMA performance on top of the dumbest development in America: Hudson Yards. It was perfect. Hudson Yards got $6 billion in tax breaks to build some ugly office buildings and a deeply stupid public art piece. People who think that Vessel is cool are idiots. Fitting that Mr. Saturday/Sunday did a big performance on top complete with a billion fireworks (I hate fireworks), and got nominated for zero Grammys.

This song fucking slaps. It took me a few listens to get into it before I was furiously rubbing my clit on every microphone stand in a six mile radius. Bisexuality! A Stevie Nicks Sample! Fuck me I love this era for Miley.

I feel a deep, profound emotional connection to this song and I’ll be accepting no further questions at this time.

I am not black nor am I a woman. I only jump to put jeans on because I have a bad inner ear thing and have no balance. I had to google what “Demon Time” was and I’m locked out of my OnlyFans account. Somehow, every time this song comes on I am transformed. Transported! I love Meg with every fiber of my being.

A surprise drop from our little drama queen couldn’t have come at a better time for our country or me personally. And a shoegaze/cottagecore album at that? Fuck me in both of my holes, you lithe vixen. Who is this song about? I think personally it’s about me. She saw my tweets and decided to give me the gift of a major key change at the emotional crux of a song about high schoolers. Thank you, Taylor. Dolly donated $1M for vaccine research, but this is just as good.

Now, people who are difficult and have no taste whatsoever love to say that they don’t “get” Mx. Sawayama and her particular brand of pop artistry. But those people are stupid, flawed, and ultimately unsuccessful human beings who think Fiona Apple is a genius. GO AWAY and let us enjoy this. Anyhow I think she should do a Creed cover album.

I think it’s pretentious to suddenly care about Eurovision after moving to Europe, but I also commiserate with the social anxiety that accompanies uprooting your entire life and trying to fit in with a whole new group of people who insist upon smoking cigarettes and not eating any vegetables. We got the best of both worlds this year - no actual Eurovision Song Contest for me to mute all my expat friend’s Instagram stories over, but some really fun music. This one is great and the video is great and I’m sorry for all the mean things I said about you guys behind your back, and I’m sorry for bringing it up now. Hopefully we can all move on.

Posted by Aaron Bergstrom at 1:16 AM