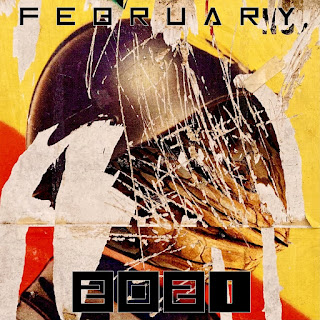 (1) Wolf Alice - "The Last Man On Earth"
The best song I've heard this year by a significant margin.
The Singles Jukebox is covering it next week, and I've been so preoccupied with getting my thoughts exactly right that I actually wrote two different reviews. This is the one I'm not using:

“The Last Man on Earth” premiered on February 24 at 7 PM. It was a Wednesday. It had been a hard day. I don’t remember why. There have been a lot of hard days. Covid. Winter. Darkness. Isolation. I hadn’t moved from my desk in hours, and I hadn’t been outside since before sunrise. I listened to “The Last Man on Earth” for the first time, thinking about how badly I wanted that light to shine on me, seething about just how far away that light felt. Before I fully realized what had happened, I was out the door, and I wandered the dark, empty streets of Amsterdam listening to this song on repeat for almost an hour, slowly realizing that it was not meant to provide any easy comforts. Lyrically, Ellie Rowsell pulls no punches, and there’s no obscuring the song’s message: Get. Over. Yourself. Musically, though, the song’s intimate-then-anthemic structure recasts Rowsell as a concerned friend and softens the message to something more like “you need to get over yourself because that would be better for you.” Somewhere in those repeated listens it dawned on me that my ambient anger about the state of the world and my conviction that I somehow deserved better was actually pushing me further away from that light. The unspoken optimism at the heart of this song is that we can choose to let go of that feeling of unearned entitlement at any time. Whether any of us will, though, remains to be seen. [10]