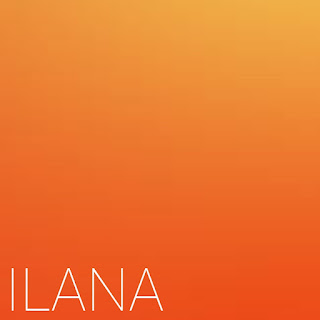 After two supremely shitty years, 2022 finally felt like the time for us to [somewhat responsibly] do what we want again. (Or what we want want again, for the Maggie fans.) To some of us it meant returning to crowded dancefloors and concert venues. For others it meant quitting overly stressful jobs. Several of our friends moved to different cities and foreign countries. Some became parents for the first time. Some became parents for the fourth time. Some friends even got married – to each other – for the third time. Each in our own ways, we made moves to regain control of our lives and infuse them with happiness.

Over the summer I noticed that much of my favorite new music also echoed this sentiment, and I wondered whether it was fair to call 2022 “The Year for Being Selfish.” But upon further consideration, I think it’s more accurate to say that because 2020 and 2021 forced us to stay home and do so much self-reflection, we had a clearer picture of how we wanted to live our lives once the world was safer. And once we had that opportunity this year, we took it.

Below are my 20 favorite songs from 2022, all for different and unique reasons; a list full of new artists and the ones you already know and love. Thanks, as always, for reading along and listening. And if you didn’t get the chance to do what you want in 2022, I sincerely hope that you can in 2023.

Do what you want: when it comes to Ethel Cain’s music, I suggest that you treat it like a Choose Your Own Adventure story.

Want to find out who Hayden Anhedönia is? (You should. She’s done tons of great press, and she sounds awesome.)

Want to read what the songs are actually about? (ALL THE TRIGGER WARNINGS.)

Yes, Ethel Cain’s debut album Preacher’s Daughter deals with all kinds of heavy themes so I always feel a little awkward explaining why I love it so much, but her songs are hauntingly beautiful and brilliantly written. “American Teenager” demonstrates her impressive ability to write a Swift-esque coming-of-age pop song, and the rest of her music sounds nothing like any Taylor era we’ve heard yet (or likely ever will).

This is the modern pop song that says, “It’s Never Too Late For Now” … but in a much queerer, cooler way. Even if you don’t feel like you lost years of your younger life due to struggles with sexual orientation or gender identity, we can all relate missing out on how 2020 and 2021 “were supposed to be.” Now that the world is feeling safer again, 2022 has been the year for people to finally do what they want, and perhaps for the first time.

3. Best Song to Hear “Live” for the First Time With Your Friends: Beyoncé - “BREAK MY SOUL”

Everyone I know listened to “BREAK MY SOUL” for the first time the moment we woke up on June 20, right? But when was the first time you heard it while you were out dancing with your friends? For me that magical moment was a little before midnight on July 16, upstairs at Lovelee, my favorite DJ TMORGZ on the decks, surrounded by some of my most favorite people from San Francisco and Amsterdam. The track that was once a Very Good Song was instantly transformed into one of my favorite moments of the entire year.

I’ll happily listen to Chris slur-sing in any language, but I always prefer when it’s done en français so I can pretend that I’m learning something. It’s way more fun than Nederlands practice with the Owl App, at least. But back to the song, its new-wave Eurythmics-vibe is super chouette (very on brand for my newest internet-friend, TauLion) which leads me to …

I love CRJ songs that are joyful and just a teensy bit petty, don’t you? The best part of “Talking to Yourself” is the way she accentuates the word “talk” in “talk to me” à la “Here Comes the Rain Again.”

Please allow Martha, the Greatest Band in the World™, to explain their song to you:

‘Hope Gets Harder’ is a song about England: a uniquely fucking terrible idea. A place governed by the most absurdly mediocre people in history. Selfish, rich, malevolent ghouls propped up by a bootlicking, self-congratulating, stenographic, client-journalist news media that puts North Korea to shame. England is a grey, damp artifice, vibrating to a quasi-fascist background hum, where the majority live miserable hopeless lives, so that a tiny minority can live in extravagant luxury. As we lurch violently from one crisis to the next, it feels like the light of any hope for the future is slowly dying. But we have to try and find hope in one another, and together we have to fight like hell for a more socially and ecologically just world. No fate but what we make for ourselves. Abolish England. Fuck the king.

What a bummer! Anyway, the only thing more fun than screaming along to “FUCK THIS PLACE, I HATE IT!” is screaming it with an offensively heavy British accent.

Well, it’s news to me that neither PUP nor PUP fans are cool (see Part V of Aaron’s essay), but let me just tell you that Aaron and I have attended 256 concerts together (yes, we still keep count and there’s a spreadsheet), and seeing PUP in Amsterdam this October was easily one of the very best. Relentless (ha, PUP joke) set list, nonstop stage diving and crowd surfing by fans of all genders, the trans flag on stage that someone gave to the band at the SF show we saw back in April, and beautiful hockey hair everywhere you looked. Watching from the front row of the balcony (AKA my safety perch; remember, in the Netherlands 5 ft 6 is short!), with a gigantic smile on my face I kept telling the people next to me that I’d never seen anything like it.

Anyway, “Matilda” is a song about lead singer Stefan Babcock’s beloved guitar. You can read about her on his adorable and VERY COOL Instagram Stories Highlight.

The 40 seconds that White Reaper makes you wait before they introduce the drums in this song pays off HARD.

Another band from Manchester hogs all the buzz these days, but Pale Waves continues to create awesome pop-punk songs, and this one is catchy as hell. But speaking of hell …

So cringe but goddamn it’s good.

Over the summer I happened to see a Rolling Stone article about a girl group that was filling the pop music void left behind by Little Mix and Fifth Harmony, and wow does this song deliver. I can pretty confidently say that this is 2022’s best song by a group you’ve never heard of, and probably won’t hear from again, but please prove me wrong, Boys World!

Had I not seen the band’s announcement of this new song before Aaron started blasting it at our apartment, I’m sure I would’ve assumed that they were singing “Baby, does your heart sing?” which would have been disastrous. No twee lyrics for this pessimistic gal, thank you. Lay all that cynicism on me, mates!

Propulsive and soulful, “Wretched” is the sort of song that you’ll hear once and immediately love. There’s so much to like about this song, but it’s the hum in the chorus that seals the deal. Don’t miss the chance to see Bartees if he comes to play in your city.

The ladies do it again with their gorgeous harmonies and Swedish melancholy.

I’m as surprised as you are that the best distortion of the year is in this song! Who knew she had it in her? This guy from the Feb 25, 2019 show at Paradiso, that’s who: 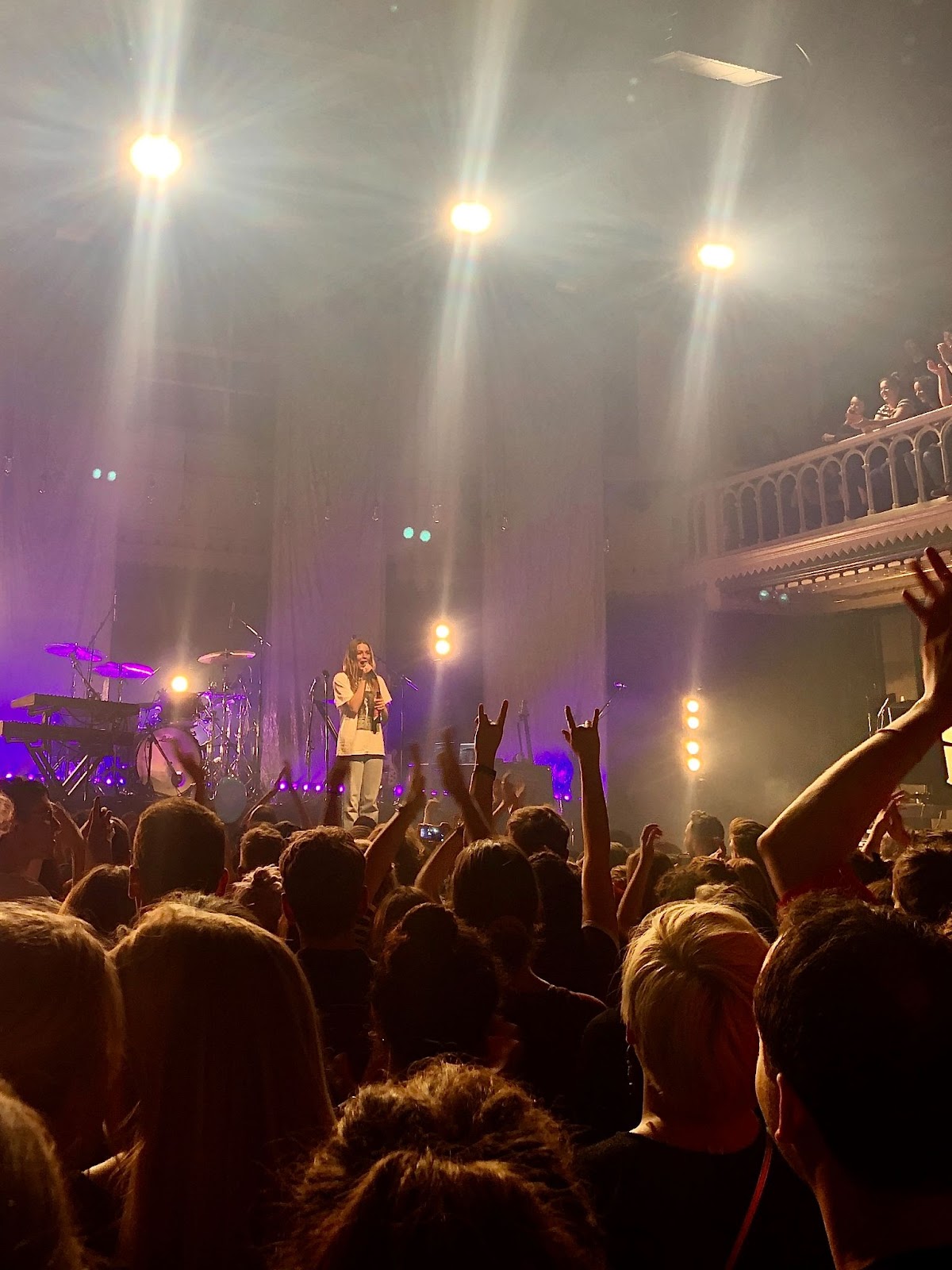 Remember when Rihanna songs were catchy and memorable? One interpolated line in a K-Pop song is better than all the new music Rihanna has released in years.

17. Best Reason to Bust Out Your Rollerblades: Beyoncé - “SUMMER RENAISSANCE”

The more Donna Summer we have in our lives, the better. It’s not too late to join my [non-existent] Amsterdam Winter Rollerblading Gang!

She fucked it up up up way more than K*m P*tras did this year. Downright iconic.

Say what you will about Taylor Swift (but mostly this), she faces an incomprehensible amount of both expectations and scrutiny whenever she releases new music. Yet somehow she continues to deliver amazing records that satiate her rabid fans who will do practically anything to get those impossible concert tickets. I don’t know how she does it, but “Lavender Haze” is a killer way to kick off an album with astronomical anticipation.

Posted by Aaron Bergstrom at 12:13 AM