[It's Guest List Week! We had so much fun with Guest List Week last year that we're hoping it becomes Guest List Month this time around. We've already got a bunch of great lists lined up, and we're looking for more. If you have opinions on the year in music, we'd love to hear from you. And, if you're looking for my 100 Songs for 2013, you can find it here.] 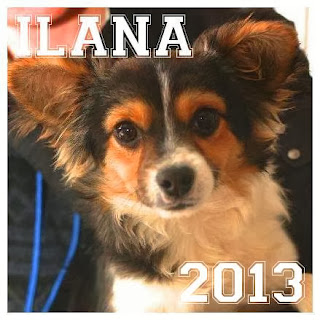 [First up, as is tradition ... it's Ilana! America's favorite honeymoon blog was bigger and better than ever in 2013, which is too bad, because it's probably keeping Ilana from her true calling - a blog rating and reviewing music videos. Make it happen, Ilana! Until then, follow her on Twitter @PTPT_honeymoons.]

Last year Aaron published my 15 favorite songs of 2012 in order, but that proved too difficult for me this time around so I decided to change it up a bit. Behold, my FAVORITE song of the year, and then 10 others that are also pretty awesome and in no particular order. Enjoy!

My mind was completely made up months ago that this was THE song of the year. Why, you ask? Well, I like making musical comparisons that drive Aaron crazy, such as: “This band sounds like The Beatles, but if they were girls, and if they were from France.”

Usually he thinks my comparisons, while indisputably 100% accurate, are just annoying, but when I said that this Twin Shadow song was like “TV on the Radio at a gay dance club,” Aaron actually agreed with me! Take a listen and you’ll see why.

Aaron may have brainwashed me with his enthusiasm for CHVRCHES, but I truly love the entire The Bones of What You Believe album, too. I think that this is my favorite song off of the album though, mostly because of the juxtaposition of the badass, aggressive lyrics with Lauren’s sweet-sounding voice.

This one’s for the ladies: You know when you see certain people who make you want to color your hair darker/blonder or inspire you to cut off all your hair or grow it out really long? Well every time I see the Haim sisters, I WANT TO GROW MY HAIR OUT FOREVER AND EVER AND EVER! (You feel the same way, right Aaron?)

And not only do these girls have awesome hair, their music is amazing and the music video for this song is my favorite of the year after David Guetta’s “Play Hard.”

Lorde’s Pure Heroine is one of the few albums I listened to all the way from start to finish this year, and I love this track because the vocals are especially beautiful. (And omigosh you guys, did you know she’s only 17?!)

This song is great, and not just because the drummer/vocalist is a fellow Saratoga Falcon. (Go Maya!)

Another thing that Aaron just adores about me is when I sing songs without knowing the lyrics. This song is especially fun to sing along to that way.

Paramore - Still Into You

Poppy, upbeat, and fun. Not feeling the music video though.

I have Daft Punk PTSD after an unfortunate summer living with random USC students in 2005, so I did not buy into the pre-release hype for their new album. But the first time I heard “Get Lucky” on the radio, I knew that my days of “I HATE DAFT PUNK” blanket statements were behind me. After all, who can resist a catchy song with lyrics that could be so easily changed to “Get Fluffy” while we give our dog baths?

I think that the first thing I said when I heard this song on the radio was that it sounded like an AFI song. Man, am I good or what? Aaron and I went to an AFI show in 2010 that remains one of the best live performances that I’ve ever seen, so I’ll always have a soft spot in my heart for them. (Nevermind the completely underwhelming performance we saw by them merely nine months later -- we don’t talk about that.)

Ever since 1997 when my family temporarily lived at my grandparents’ house (where they got MTV!), I’ve always been drawn to songs and music videos that scare me a little. (I recall the videos for Tool’s “Stinkfist” and Marilyn Manson’s “The Beautiful People” being in heavy rotation that year.) So with that happy thought in mind, it goes without saying that I really like “Black Skinhead.”

Aaron and I have developed a weekly SNL ritual. I first watch the show by myself, then I show Aaron all of my favorite sketches while he shakes his head in disappointment. However, when I saw Ian Rubbish and the Bizzaros on SNL last spring, I knew that Aaron would finally think a sketch was funny… and I was totally right.

Posted by Aaron Bergstrom at 8:27 AM