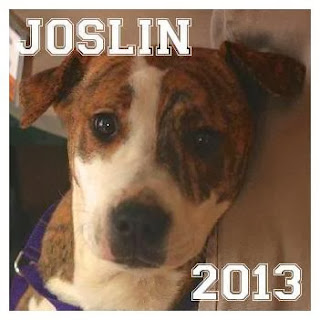 [Guest List Week continues with Mr. Mike Joslin! As both a Minnesotan and a Michigan Wolverine, Joslin perfectly splits the difference between Ilana and me. We share a psychic connection that can only be borne of long winters, crippling Twins playoff losses, and the very special time in every Minnesotan's life when you first see Har Mar Superstar in some form of undress (mine was on public-access TV somewhere around 2002-2003).]

After combing through thousands of songs from my Spotify playlists, I've finally come to terms with choosing just 15 songs to make my 'Best of 2013'. While I like to think that my musical tastes are eclectic and expansive, upon review of my final picks I am pretty sure that I just want it to be the 1980s again. If you do too, please read on.

This guitar riff makes me want to put my hands in my pockets and violently nod my head. If I wasn't a balding thirty-something man that's borderline too old for most concerts, headbanging while wildly throwing punches in a mosh pit would be in order.

I don't normally 'do drugs', but this song makes me want to pop some pills and get weird. Or just go to an Empire of the Sun concert, which is basically the same experience.

After living in Cambridge, MA for a few years, this song reminds me of rich, white and preppy Harvard students with boat shoes, coral-colored shorts and Polo button-up shirts laying by the Charles River on a cloudless summer day. Remove the Harvard students and this is a near-perfect song (and memory).

Makes me want to do the Carlton dance from Fresh Prince of Bel Air. Or embarrassingly sing into a comb in front of a mirror in my bathroom.

Cool and low key. It's a song that you MAYBE tap your toes/fingers to, but afterwards everyone feels compelled to say "That was just a really good song."

LET YOUR SOUL GLO... After seeing a middle-aged, balding man strip down to his underwear to sing a song about Tallboy beers at a local street festival in Minneapolis circa 2010, I knew I was sold. What I didn't expect was this instant classic album, a soulful throwback to days of Motown. NOTE: Listen to "Lady, You Shot Me" as well if you like this.

The story of my life. Also, a really catchy song.

Major Lazer has one of the most unique sounds I know. Digital Raggae/dancehall? Yes please. While hits like "Bubble Butt" and "Keep Cool" are borderline ridiculous and AWESOME, "Get Free" with Amber's angelic voice was the one track that really captured my attention.

Another Minnesota native - Polica - has an incredibly unique sound that mixes electro-pop, R&B and goth-pop along the lines of Grimes and Purity Ring. This track in particular is my favorite off the new album.

Daft Punk does it again. Futuristic sound with an amazing hook.

Hey, remember the 80s? After listening to this song, you will. I can only assume that the three sisters from Haim had side ponytails with crimped hair when they recorded this song.

This Danger Mouse-produced song is quirky. And it works.

I really wanted to put about ten CHVRCHES songs in my top 15, but since Aaron is already doing that for the top 100 of 2013, I ended up just limiting it to just my favorite song of theirs. No explanation needed for this one.

Listened to this song repeatedly for about six months. Still not sick of it and probably never will be. 80s soul-groove masterpiece. Just check it out already.