That's next week! Between now and then, we're taking a look at fifty great songs that didn't make the cut. 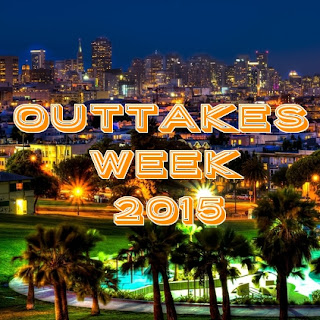 As is the custom around here, I've limited myself to two songs per artist for 100 Songs for 2015, because I think it leads to a more interesting list, and because there's really no way any of you love Carly Rae Jepsen as much as I do (I'm not judging you for it, but maybe you could just make it a goal for 2016 to listen to E*MO*TION in its entirety once a week or something, I just think you'd be happier).

The third best song on a great album is still more than worth your time, so let's kick off Outtakes Week with ten tragic victims of the Two Song Rule.  (This is kind of accidentally my Top Ten Albums of the Year, too, if you want to make fun of an old person who still listens to albums, and still calls them that.)

Look, I don't know why she decided to release E*MO*TION in Japan two months before releasing it in the US. I don't know why she decided she needed eight pre-album singles. There were some strategic promotional decisions that didn't do her any favors. But when I read that this album sold 16,153 copies its first week, and Adele sold, I'm not going to look up the exact number, let's say six trillion ... I just don't know what to say. Do people not want to be happy? "Run Away With Me" is a gem, the #2 Song of the Year on my favorite music website, The Singles Jukebox, and I couldn't sing Jepsen's praises any better than they do.

So, still love CHVRCHES more than almost anything in the world, in case you were wondering how that was going. In 2015, Lauren Mayberry became a feminist icon ("Bring it on motherfuckers. Let’s see who blinks first."), and the band kept coming up with icy, shimmering brilliance. Good year.

Turner has six albums dating back to 2007, but 2015 was the year he finally crossed over from "Guy Who Comes Up A Lot On The Gaslight Anthem Pandora Station" to one of the most-played artists in the Bergstrom house.  Positive Songs for Negative People is a great introduction to his work, but doesn't hold a candle to his live shows. (Also, when it comes to Ilana and me, the easiest way to our hearts is to cover "The Power of Love" in its entirety on Back to the Future Day.)

I've never met Titus frontman Patrick Stickles, but there's no one else whose success meant more to me in 2015 than his, and his band's. Ilana and I were at a 2010 show that seemed to be Stickles at a low point, grousing about the sound (in his defense, it's a problem at Slim's), launching into an extended soliloquy about anti-depressants, and eventually asking if anyone had a place for the band to crash for the night. Five years later, the victory lap that is The Most Lamentable Tragedy seems like a high point for a band that might have even more high points to come. (The fact that there's a podcast where Stickles and Craig Finn break down the Drake/Meek Mill beef is Exhibit A in a compelling case for the lasting greatness of Grantland.)

The excellent Pitchfork profile on Katie Crutchfield hits the nail on the head:

For those who’ve spent any amount of time listening to Crutchfield’s music, it can be a struggle to remember that you do not actually know her.

Ivy Tripp is a further realization Crutchfield's vision, building out from the acoustic foundations of American Weekend and Cerulean Salt without losing any of the intimacy at the heart of Waxahatchee's music.

We've got a long way to go as a species, but it's 2015, and slacker Australian lesbians who sing rambling songs "connect[ing] roadkill to animal rights to industrial farming to contemporary capitalist alienation" get Rolling Stone profiles now, and Sometimes I Sit and Think, and Sometimes I Just Sit is going to be on every year-end best-of list that matters. Maybe we're going to be okay.

I can't think of anyone else who has so effortlessly embodied both the Jack-swigging triple-guitar decadence of the stereotypical rock star (with Drive By Truckers) and measured sobriety of a thoughtful solo artist. Too often, watching an artist get his life together means no more exciting music, but with Isbell, his solo albums are no less fascinating now that he's clean and married with a newborn. Plus, excellent tweets about the Braves.

I'll always think of Finn as a Minnesotan, and I'll always be drawn to Hold Steady songs that reference shady goings-on in far-flung Minneapolis exurbs, but since he's lived in New York for more than a decade now, I guess it's his prerogative if he wants to make a 9/11 themed solo album, as Faith in the Future has been styled in the media. But hey, he still could have written at least one song about how, on 9/11, there were people on my dorm floor who worked themselves into a blind panic over the possibility that St. Cloud, Minnesota could be a terrorist target. I think there's a lot of local color to work with there.

Rembert Browne's excellent profile of Bridges was titled "Watching Leon Bridges Get Famous In Real Time," and it was easy to feel like everyone got to watch Bridges grow up together. Is he overexposed now that he's soundtracking iPhone commercials and duetting with Macklemore? Maybe. I don't care. Bridges has been the gift that kept on giving all year, from his timeless debut album to all the classic R&B I discovered via reviews detailing his influences.
Posted by Aaron Bergstrom at 8:00 AM