That's only six days! Between now and then, we're taking a look at fifty great songs that didn't make the cut. 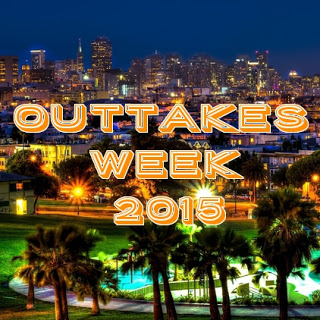 Some old favorites came out with new music this year but fell short of inclusion in 100 Songs for 2015. Still, I think some kind of recognition is deserved.

Is this maybe a little patronizing? Sure.

Is anyone involved with any of these bands ever going to read this? No, absolutely not.

I'm not sure why I thought The Magic Whip had any chance to be a return to Britpop greatness for Blur.  Bands don't just come back a decade later with fresh hooks and interesting ideas. But I thought that if anyone could do it, it would be them. Seriously, listen to "Young and Lovely."  That's a b-side, it wasn't good enough for 1993's Modern Life is Rubbish. If that came out in 2015, would it have been one of my twenty favorite songs? Yeah, probably.

Maybe you've noticed a disturbing trend: there seem to be fewer awesomely weird Swedish pop songs on my list every year, and it's led to me giving long looks to songs like this one, which is fine, but which would probably be what, the sixth-best song on their 2009 debut? The problem can't be with Swedish culture, the problem has to be with me. These great songs must be out there somewhere ... why am I not finding them? This legitimately bothers me.

I love the idea, and I think that every artist should cover 1989 in its entirety, but my reaction to every song is that I would just rather hear the original, which is understandable, since 1989 is one of those seminal human artifacts that should be shot into space for aliens to find. (Extra credit discussion question: would the end result have been better if the roles were reversed, and Taylor had covered  Adams' Heartbreaker? I say yes, and there's no reason this couldn't still happen. She would do an incredible "To Be Young (Is To Be Sad, Is To Be High)" or "Come Pick Me Up")

Title track on a three-song EP that also includes a cover of "Laid" by James. You're just asking for trouble when you put your own single up against greatness like that.

I guess Twin Shadow isn't really an "old favorite," but "Old Love / New Love" was such a monster song in 2013 that anything seemed possible. If that's his high point, though, I'm not complaining.

In 1991, Spin chose Teenage Fanclub's Bandwagonesque as its Album of the Year over Nevermind. Over the years, history has been re-written to the point where conventional wisdom holds that literally every person on earth was listening to "Smells Like Teen Spirit" on a loop that year, and Teenage Fanclub has been pushed to the side. I've kinda done the same thing with Mates of State. I'd probably tell you that Boys and Girls in America by the Hold Steady is my favorite album of all time, but when it came out in 2006, I was spending more time with Mates of State's Bring it Back. I don't know it it really holds up, but the personal nostalgia factor is through the roof.

Ilana and I disagree on a lot of songs, and most of the time it doesn't change my opinion (there are songs in this year's top five that she can't stand), but sometimes her dislike for a song is enough to completely color my opinion of it, and "The Shade" is this year's poster child for that phenomenon.  (Plus, when Emily Haines sings "eternal love" it sounds like she's saying "turtle love.")

Seems like "Delicate Music to Fall Asleep To" is a genre that would give itself to graceful artistic aging, but nothing on 2015's Sirens can touch 2006's brilliant Say I Am You, especially the perfect opening three-song run of "Take It From Me," "Gotta Have You," and "World Spins Madly On."

I still love Kurt Vile, but I don't get what everyone likes about b’lieve i’m goin down, which sounds to me like a mean-spirited parody of Vile's slacker ethos.  We're just letting lyrics like, "I woke up this morning / Didn’t recognize the man in the mirror / Then I laughed and I said, 'Oh silly me, that's just me'" go now?

I have a few designated Late Night at the Office albums, which for reasons unknown to me I really only listen to after midnight at work, and if you follow me on Spotify, you can track my emotional stability that way. If I'm listening to McMurtry's Live in Aught-Three or Bright Eyes' Digital Ash in a Digital Urn, I'm still okay. If I'm listening to Crystal Castles or Massive Attack, you can bet it's at maximum volume though headphones in an attempt to trick my brain into alertness. If it's Elliott Smith's From a Basement on the Hill, I have lost all cognitive ability and I'm feeling very sorry for myself.