[It's Guest List Week! The best week! You've heard my thoughts on the year in music, now let's hear from some other people who have equally great taste in music (but somehow have the ability to express their opinions in under 10,000 words)! Guest List Week II continues with Gina and the longest Guest List of the year ... until tomorrow.] 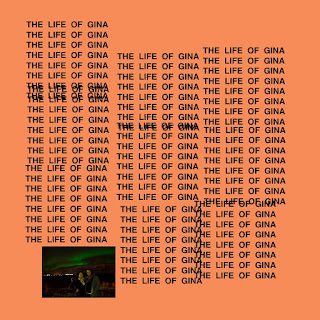 
I was going to be lazy this year and simply submit the Strumbella's album "Hope" and call it a day but then I realized it actually came out in 2015 and I'm just totally behind the times.

So instead, here are my favorite songs from 2016 that actually came out in 2016 (with one exception). Listed in order (most recent first) from when I added them to my "Songs I'm Digging Right Now" playlist on Spotify for no other reason than I felt like I needed them to be in an order.

CVBZ "Be Like You"
Why did this song come out in November? I want to go back in time and listen to it all summer long. Also, TIL: CVBZ is pronounced Cubs.

John Legend "Love Me Now"
This song (and especially the video shot at Pulse Nightclub, Standing Rock, Puerto Plata and Domiz Refugee Camp, which appropriately came out right after the election) gave me all the feels at just the right time.

Adele "Water Under the Bridge"
First John Legend and now Adele?! What is this schmaltziness? This isn't me. I blame the holidays. That and the fact that Adele sings the shit out of this song.

Zayn & Taylor Swift "I Don't Wanna Live Forever"
Two things happened in 2010, 2012 and 2014: The Giants won the World Series and Taylor Swift released an album. She let me (and the Giants) down this even year. I guess she tried to make due by releasing a new song just before the year was over, but that doesn't help the Giants and our now two year World Series drought. Oh, the humanity. Thanks a lot, Taylor.

Machine Gun Kelly with Camila Cabello "Bad Things"
Cabello: "I think everybody can relate to going crazy for someone and, even if it's just in your mind, somebody bringing out a wild side in you. Also, with this duet there are two different points of view: A point of view of innocence and a point of view of someone wild, and everybody out there can relate to one." Yes, yes we can. Or in many cases, both.

Bastille "Good Grief"
Been waiting two years for new Bastille. Hard to pick a favorite, but going with "Good Grief." It's catchy. It's fun. It's everything I want from Bastille. Now I just need to work on getting them to add a Bay Area stop to their 2017 tour.

Bastille "Winter of Our Youth"
I had to add another Bastille song.

Bastille "Way Beyond"
Kind of like Legends' "Love Me Now," this is the right song at the right time. With a completely different message.
Okay, I'm done with Bastille now. Promise.

Molly Marlette "Do Me a Favor"
Sure, whatever you want.

Sia "The Greatest"
When Sia turned her song into a Hilary Clinton anthem every bit of woman inside me roared. And then Trump happened. And now her words resonate even more: Don't give up.

Two Door Cinema Club "Are We Ready (Wreck)"
Was disappointed with this album, but this song feels like vintage TDCC.

Moby "A Simple Love"
Moby still makes music? Who knew! Including this song half because I like it and half because I can't think of Moby without thinking of The Beach and ultimately Thailand and that makes me happy.

Kanye West "Fade"
Ugh. Kanye. I'm so turned off by everything about him. Why do I have to like this song so damn much? Super annoying.

XY&O "Lights On"
Every year there's a song on my list that sounds just like this. I can't help myself. I have a type.

Britney Spears and G-Eazy "Make Me"
Oh, Brit Brit. I still love her in spite of her music. And at least she's over that Iggy nonsense from last year.

Timeflies "Once in a While"
This song just feels good.

Bad Wave "Extraordinary"
Per Indie Shuffle: If you're a fan of bubbly indie pop than you'll love the latest single from L.A. duo Bad Wave. "Extraordinary" is one of those tunes you can't help but nod your head along to. Melodic guitar riffs go hand-in-hand with vibrant synths and driving percussion, with Bad Wave's sound reminiscent of the slick, feel-good Wolfgang Amadeus-era Phoenix." Yep, what they said.

The Lumineers "Ophelia"
I haven't discovered many new artists this year so it's handy that many of my favorite bands from a few years ago put out new tunes in 2016.

CRUISR "The Fritz"
Something about this song makes me feel like I'm rollerskating down the boardwalk while eating a chocolate dipped soft serve ice cream cone. Maybe it's just me.

Fitz and the Tantrums "Roll Up"
See "Ophelia"

The Head and the Heart "All We Ever Knew"
See "Ophelia"

Reuben and the Dark "Heart in Two"
I went to BFD this year for the first time in probably 20 years. It was a surreal experience. I went specifically to see The Strumbellas and while waiting for them to go on I was hit over the head by the sounds coming from the neighboring stage. I immediately I had to look them up and download (who am I kidding, stream) all their music. Bow and Arrow went into heavy rotation, but it came out in 2015, so I give you "Heart in Two."

Justin Timberlake "Can't Stop The Feeling"
Hey, have you guys heard this song? It didn't get a lot of airplay or exposure so I'm including it here in case you missed it.

Broods "Couldn't Believe"
I saw Broods open for Ellie Goulding back in April. It was a new song and yet I found myself singing along (incorrectly, of course). It's happy. It's catchy. It's uplifting. It's the perfect song to sing in your car with the windows down.

The Wild Wild "When We Were Young"
I love songs about youth and not growing up. Must be the San Francisco in me.

St. Lucia "Dancing on Glass" (technically the single was released late 2015 but the album came out in Jan. If being a stickler can make this "Game 4 U" instead but I'll know in my heart it's really "Dancing on Glass.")
See "Ophelia"
Posted by Aaron Bergstrom at 10:30 AM