[It's Guest List Week! The best week! You've heard my thoughts on the year in music, now let's hear from some other people who have equally great taste in music (but somehow have the ability to express their opinions in under 10,000 words)! Guest List Week II concludes with Jessie and an essential TOP FIFTY-THREE!] 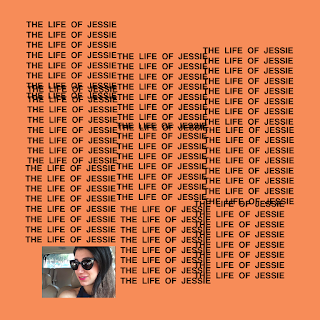 [And, as an added bonus, a link to today's Guest List on Tidal. Do any of you use Tidal? Really?]

Here's a list of 53 songs* I listened to more or less on repeat this year. 53 Because I can't edit, and 2 more than 51, because at the last minute I threw in two tracks from Stranger Things, which honestly are just really great driving music. (Also they remind me of the Drive soundtrack I wore out.)

My playlist starts with Kanye -- THANK YOU PABLO -- heavenly light beams, faith and prayers. Pray for Paris, Pray for the Parents. Let's all pray. My list ends with the most beautiful song of farewell from Leonard Cohen. He collaborates with Congregation Shaar Hashomayim Synagogue Choir -- his deep gravelly, talk-y voice paired with their hymnals...  when Leonard, synagogue and choir are married this elegantly... I'm ready My Lord.

In the middle of this schizophrenic musical sandwich is a little taste of everything I'm super into this year from the glorious, spiritual latest by CHILDISH GAMBINO (What a year Donald!), to the battleground beats of new TRIBE (Anything with Elton John hell yes -- and also, until I googled it 5 minutes ago I thought that shout out part of Solid Wall of Sound said "Keep it Phife-y town" .... Actual lyrics: "Tip & Phife in Town" which is fine, but not quite as good as my version.) And now that I LIVE IN LOS ANGELES, a lot of LIT driving jams here, like new A$AP, D.R.A.M. & Vince Staples.

* Beyonce's Lemonade is not on Spotify, so the following FOUR BEST SONGS OF THE YEAR are not included in this version... Down to 49 songs without these:

SORRY
HOLD UP
FORMATION
ALL NIGHT