[It's Guest List Week! The best week! You've heard my thoughts on the year in music, now let's hear from some other people who have equally great taste in music (but somehow have the ability to express their opinions in under 10,000 words)! Guest List Week III kicks off with Gene, and "the most sophisticated Backstreet Boys song in history."] 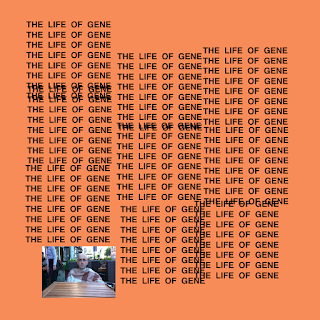 10. James Supercave, "Better Strange" -- I feel like glam rock had its second moment in the sun with Scissor Sisters and then faded again, though The Struts did what they could to resurrect it once more last year. Here's another, more low-key attempt, though this buzzy LA band would probably rather be categorized with the likes of Sir Sly. This is a textured, addictive calling card of a song.

9. Basia Bulat, "In The Name Of" - Bulat went electronic this year, to cries of protest from loyal fans who complained about the synths and moderately-elaborate production getting in the way of her pipes. It'll surprise no one who knows me that I think those people should shut up. The gleaming keyboard arrangements complement Bulat's ethereal voice and enhance her pop instincts, nowhere better than on this gorgeous gospel-tinged number.

8. Minor Victories, "A Hundred Ropes" -- Shoegaze! Remember shoegaze? I'm not sure this is actually shoegaze -- purists would probably scoff at the insistent melodic throughline to the guitar riffs (plus those strings!) -- but if it isn't, it's an incremental improvement.

7. Pillar Point, "Strange Brush" - This is Scott Reitherman's follow-up project to the underrated Throw Me The Statue. It's not as consistent -- I'm not sure dance music is Reitherman's highest and best use -- but occasionally it hits the spot, as on the unexpectedly shimmering chorus to this otherwise darkly propulsive banger.

6. Manwomanchild, "Plan B" -- I always feel like I'm the only one who has any use for these sorts of minor, twee-ish guitar pop acts (see also: San Cisco), but this is the kind of thing they can deliver sometimes. One of the year's most satisfying hooks.

5. Lucius, "Almost Makes Me Wish for Rain" -- Saw this get snidely dismissed as an 80s throwback in a few reviews, but the production is decidedly 21st century, and if predominantly melodic R&B is now automatically retro, I think that's a shame. We could use more songs like this. Plus Wikipedia tells me this is Paul Krugman's favorite band, so there you are.

4. Eliot Sumner, "Dead Arms and Dead Legs" -- Admittedly in order to really dig this you have to be on board, at least conceptually, with Sumner's brand of glum, bombastic rock & roll. It's not for everyone. But I thought this was one of the year's loveliest compositions, with the distorted guitar, insistent piano rhythm, and Sumner's hoarse vocals providing a bracing 5-minute blast of barely-coherent existential melancholy. You either roll your eyes or roll with it.

3. Yeasayer, "Cold Night" -- Every experimental rock band worth its salt eventually makes a pure pop album. This was Yeasayer's year, and "Cold Night" is the best song on their formidable effort.

2. Bear Mountain, "Alibi" -- This is clearly nostalgia of some sort, though I can't quite place my finger on what it harkens back to, which might be its genius. The best I can come up with is that this is the most sophisticated Backstreet Boys song in history, with a hefty dose of something else in those background vocals -- maybe Toto? I don't know, but I spent entire days with it on repeat, and went to sleep with it in my head.

1. Vita and the Woolf, "Brett" -- Here, on the other hand, is something that feels original -- an elusive, sinuous anthem, at once hard-hitting and haunting. Who or what the hell is Brett?? This Philly duo has yet to release an album, but when they do, hide the children.
Posted by Aaron Bergstrom at 9:57 AM