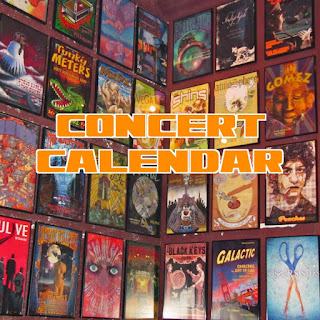 Hey, are you going to eleven concerts in the next two months? You're not?!? I think you should. All the best bands are coming to the Bay Area (and, in one unique personal exception, London), and since it apparently just rains every day now, why not spend some time warm and dry in a cozy concert venue?

Here's ten great shows I'm going to, as well as one great show that I can't go to, but bought tickets to because I'm an idiot. Even this list is probably incomplete. (For instance, it doesn't include my spiritual advisor Chance the Rapper, playing at the Oracle on April 26. Chance is a wonderful human being and everything he does makes me happy, and yet I just saw him a couple months ago and I'm not sure I want to see a weeknight arena show. Anyway, I could definitely be talked into that one.)

Anyway, hope to see you at some/all of these shows!

[I cannot attend this concert, as I will be on a flight to London. However, I bought two tickets to this show because I thought that flight was on Friday. In fact, it lands on Friday. So ... does anyone want two free tickets to a killer show?]

[Maybe unlikely that anyone reading this will also be in London at the end of March, but hey, if you are, this is going to be incredible.]