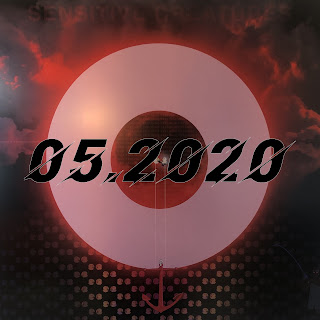 Wayne Weizhen Zhang: When was the last time you felt queer joy? a friend recently messaged me. It’s not the only message that I’ve gotten like it, coming from someone reflecting on how hard it is to find love in our queer identities when the spaces and support networks we’ve spent our adult lives creating are no longer easily accessible. Lockdown is hard for everyone, but queer people have it especially rough. I have friends who chose to stay alone rather than return to uncomfortable family situations; friends who chose to find shelter in other countries rather than go home; friends in nominally progressive, loving environments who still feel constantly micro-aggressed against. Due to COVID, I’ve been forced to live with my parents for four months now, during which time we’ve managed to avoid a huge confrontation about my sexuality–but I still feel so lonely and unseen. “Rain on Me,” however, sees me. This song is big and dumb and flawed, and probably designed as fan-service, but it is so, so gay. The more-is-more sound, the delightful camp aesthetic of the promos, the millions of memes, the outrageous Chromatica merchandise are all as extra as I wish I could be. For God’s sake, at one point, Ariana literally sings the words, “Gotta live my truth, not keep it bottled in.” Two of the biggest gay icons in the world coming together to sing about their traumas in the pouring rain would have been cathartic pop under any circumstances, but under these, it feels like nothing short of triumphant, torrential queer joy.
[9]

(7) I'm Glad It's You - "Every Sun, Every Moon"
For me, May was the month of long-awaited albums that I couldn't wait to hear and, now that they are finally here ... I haven't really processed any of them. I think this is the best non-single from this album, but who knows? You should go listen to it and then tell me.
(8) Jason Isbell and the 400 Unit - "It Gets Easier"
Jason Isbell. Katie Crutchfield (Waxahatchee). Michael Hadreas (Perfume Genius). Matty Healy (The 1975). If there is one positive trend in this otherwise horrible year, it is artists getting sober and proceeding to make some of the best work of their careers (in Waxahatchee's case, I would say the very best). In the past, I know I've fallen victim to the dangerous lie that, when it comes to art, sober = boring, and I hope this year puts that to bed for good.
(9) Dixie Chicks - "Julianna Calm Down"
Takes awhile to get going, but absolutely gets there in the end.
(10) The 1975 - "Roadkill"
The uncomfortable but important question is: Does Matty Healy have the right to say "f**" in this context? That's not my call to make, and I get why he thinks he's in the right here, but I kinda wish he hadn't.
The perfectly comfortable and utterly meaningless question is: Why do I have such a soft spot for British acts who try to make country music? Because, seriously, dating back to "Wild Horses," it's always good.
(11) 2nd Grade - "Boys In Heat"
(12) 2nd Grade - "Summer Of Your Dreams"
Hit to Hit, 2nd Grade's new album, has twenty-four songs and clocks in at forty-one minutes. These aren't even traditional songs as much as sketches, but they're such good sketches. "Boys in Heat" is a perfect Big Star song in a minute and sixteen seconds. Do I wish it were longer? Sure, but why should it be?
(13) HAIM - "Don't Wanna"
I guess I would also choose to push back the release of my album if I had an endless supply of killer singles I could release one at a time in the interim.
(14) Gorillaz - "How Far?" (f/ Tony Allen and Skepta)
There's a dark but accurate joke that if you see a random man's name trend on Twitter, it either means he died or has been accused of sexual violence. Tony Allen died, like so many other musicians have recently, though not from Covid-19, as if it matters. Allen's wasn't a name I knew, though it turns out I was already a fan of his work as Fela Kuti's drummer. Brian Eno called him "perhaps the greatest drummer who has ever lived." I thoroughly enjoyed going back through Allen's work with a renewed focus (just like I did with John Prine, and Adam Schlesinger ...) and it makes me wish we could conduct these retrospectives while the artists are still alive, though I'm not sure how we would do that. Maybe we schedule them on an artist's fiftieth birthday, or seventy-fifth. Maybe we ask modern artists to write about their lesser-known influences. Something.
(15) Run The Jewels - "JU$T" (f/ Pharrell Williams and Zack De La Rocha)
The fun comment here is that I'm definitely going back to grad school so I can write an MFA thesis on the line "Got a Vonnegut punch for ya Atlas Shrug."
The more accurate comment is that I've just been sitting here staring at this:

Beep beep, Richie, this is New York City
The x on the map where the pain keep hitting
Just us ducks here sitting
Where murderous chokehold cops still earnin' a livin'
Funny how some say money don't matter
That's rich now, isn't it, get it? Comedy
Try to sell a pack of smokes to get food
Get killed and it's not an anomaly
But hey, it's just money

Damn.
(16) Dagny - "Come Over"
She has to pay CRJ royalties for those background "HEY!"s, but she pays them with Katy Perry's money, so it's cool.
(17) Celeste - "Stop This Flame"
(18) Pussycat Dolls - "React"
Both of these songs have been out for a few months already. Both have received glowing reviews elsewhere ("Stop This Flame" / "React"). Of the several dozen people who read this blog, I know for a fact that most of you already know and love them. But I can't shake the fear that, somewhere out there, exists a person who only hears about new music through this blog, and therefore is not aware of these songs. Well, to that one hypothetical, likely apocryphal person: these songs are good, you should check them out.
Posted by Aaron Bergstrom at 8:22 AM