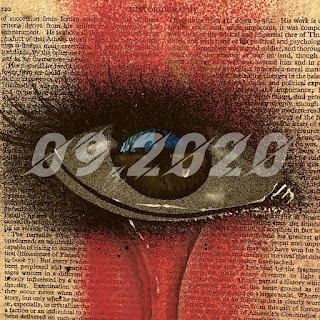 As the wise men of Harvey Danger so eloquently put it, "If you're bored, then you're boring." I didn't find much in the way of good new music this month, but I'm pretty confident the fault lies with me. I'm sure it's out there.

Bruce is 71 years old. Donald Trump is 74. I don't believe in karma per se, but I am willing to consider the possibility that there is a moral component to how well people age.

Pretty much every music writer I follow adores this record. I'm not quite there yet, but it's good.

Big moment for me in that Snow Coats are the first Dutch band I actually like. Only took a year and a half.

There aren't many punk bands that could get me excited about an acoustic album, but Sløtface has yet to encounter a genre they couldn't master.

In which "you should be famous" functions as a "may you live in interesting times" level curse. I wouldn't wish it on anyone.

Just a reminder for those who missed last month's post, "Stellar Abattoir" is one of my favorite songs of the year. Here's another good one from the same EP.

Porridge Radio put out an album called Every Bad earlier this year which met with rapturous critical acclaim, including a Best New Music review from Jenn Pelly. Unfortunately, that album came out on March 13, and I was too busy watching the world end to give it a serious listen. This new single caught my attention for sure, though, and I look forward to revisiting the album.

If it helps set the scene, the streets she's talking about are in Bergen, Norway.

Fleet Foxes releasing their new album on the autumnal equinox (down to the second) shows an incredible level of self-awareness. A gezellig album from a gezellig band.

Newly signed to Big Scary Monsters, the record label that seems to have all of the best bands of 2020. From Cleveland somehow.

Lead single from a new EP consisting of songs the band says were "too frenetic or too unhinged" for their last record which, if you've listened to PUP at all ... how is that even possible?

Second new album of the year for DBT, who are pretty clearly just using songwriting as a stand-in for therapy, which I guess is fine to a point.

Posted by Aaron Bergstrom at 4:02 AM