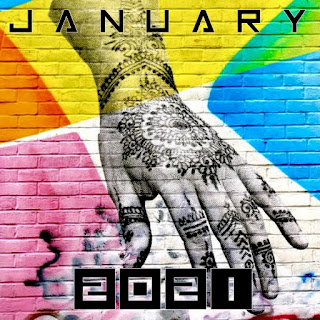 The first great song of the year. My first [10] for The Singles Jukebox. Either this will be my favorite song of the year or a better song will come along, which is a comforting thought.

The first band of the year that I’m irrationally obsessed with. One of the guys writes for The Alternative, and he’s been talking about his band on Twitter for years, but the running joke was that it wasn’t actually a real band since they had never recorded anything. So this month they put out a four song EP, and ... somehow it’s perfect? That plot doesn’t even work as a movie pitch. Anyway, this is in that hallowed Oso Oso strata where emo is so catchy that it becomes power pop.

My excitement for this month’s Open Door Policy has reached completely unsustainable levels. Of the two new singles, I like this one a little better than “Spices.”

Okay, now we’ve hit all three of my most-anticipated February releases. I have a lot of emotional eggs in the “awesome new music is coming soon” basket.

I’ll be honest, I have no idea who Maggie Lindemann is, but Alex Lahey wrote this and it sounds like The Veronicas, which is honestly everything I want from pop music.

I’m not going to go back and double-check, but I think this is the year’s highest scoring song on The Singles Jukebox. Not sure it’s quite that good, but I’m looking forward to hearing more from her this year.

Following The 1975’s album release cycle model where you put out so many singles that it’s hard to keep track of them. This is, I think, their fourth single from the new album, and it might be their best.

Clothbound is one of two contenders for my favorite album of the month, if you like this song or “What Are Friends For?” from 100 Songs for 2020, you should check out the whole record.

Isn’t everything just better when the biggest song in the world is actually good? (If you’re interested, I made it too personal at The Singles Jukebox.)

This is how the internet used to be: you’d stumble across some weird thing, and you wouldn’t really be able to tell if you were supposed to take it seriously, and it’s impossible to describe (“easy listening” and “smooth jazz” are basically insults, really, but that’s the closest I can get), but it’s catchy and it gets under your skin and you can’t stop thinking about it (so much that you miss the submission deadline). Anyway, you might hate this, and I might hate it in a month, but for right now it’s great.

More support for one of my most strongly-held beliefs, which is that The Strokes should have had a girl singer.

If you google “pony couch” at least she shows up once. 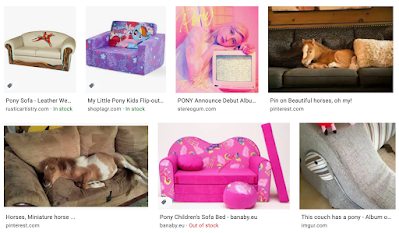 IAN SWEET is not the name of a person, it’s the name of a band, but the band is just one person, and that person’s name is Jilian Medford. Some artists are just trying to be confusing on purpose, aren’t they?

I should have put this in the “best albums of the month” section above. Collapsed In Sunbeams is consistently comforting.

Maybe you’re tired of hearing me talk about The Singles Jukebox. I hope not. Anyway, one issue that I’m struggling with is how to rate and review music from genres that I don’t really have a personal connection with. Like, I think this is near-perfect execution for a neo-soul song, but I also don’t think I’ve listened to it since I submitted my review.

On the other hand, this is a pretty derivative pop-punk song. By any objective, critical standard, it is not as good as Jazmine Sullivan. And yet I know that I will listen to this so much more often. It’s a hard realization that my tastes might actually be somewhat pedestrian.

As I’ve mentioned many times before, the only person to both appear on 100 Songs and submit their own Guest List is Ilana’s high school classmate Maya from the sadly-defunct The Colourist. To be honest, I didn’t think we’d ever have a second, but our prospects are looking up due to this month’s release of Grounded, the debut album from The Whiskey Talking, led by great friend of the blog Scott Lawson. I first heard “Staggers and Jags” sometime around 2007, so it’s weird to think of it as a “new” song, but it is newly-released in this form, and it’s still great, so I’ll allow it.

Not just “the other guy in Big Thief” anymore! What is the funniest way to describe this? Is he the Kelly Rowland to Adrienne Lenker’s Beyonce? The Andrew Ridgely to her George Michael? The Oates to her Hall?

I never know what to do with these. Teenage Fanclub are one of my favorite bands of all time, and it’s cool that they keep making good music, but they’ve made literally dozens of songs better than this, so why should I listen to this when I could just listen to “Sparky’s Dream” or “Alcoholiday” or “Your Love Is The Place Where I Come From” for the millionth time?

(22) Slaughter Beach, Dog - “Do You Understand (What Has Happened To You)”

There’s always at least one really good album that comes out in late December after everyone has finished their lists, and this year it was SBD’s At the Moonbase. I have no idea why bands choose to put out records that close to the end of the year.

I think we’ve reached the point where the term “alt-country” has lost all meaning, but if you’re the kind of person who likes the kind of music that used to be called alt-country, I think you’d like Cicala.

Philadelphia is still the American city where all good new bands come from, but Chicago is certainly climbing the rankings.

Still not sure if I like these guys or not, but their Fans Also Like page on Spotify includes: illuminati hotties, Rosie Tucker, Bad Moves, Antarctigo Vespucci, Oceanator, Radiator Hospital, and Slaughter Beach, Dog. The algorithm has already decided that I love them, I just need to get there.

Posted by Aaron Bergstrom at 4:36 AM