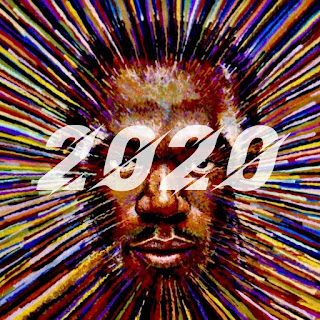 Today marks the end of the increasingly inaccurately titled Guest List Week. Counting my own list, twenty-six of us wrote about the year in music, a new record! Thanks to everyone who participated! Next year it will be Guest List Month. (Or, why limit ourselves? Maybe Guest List Season, or Guest List Festival, or … I am now accepting suggestions. What should we call this?)

As I did last year, I have put together a quick post aggregating and summarizing the year in lists. It’s interesting to see the consensus that we managed to reach when we weren’t trying to reach a consensus at all. Everyone approached this project from a different perspective:

And yet, when you add it all up, it creates a fairly coherent picture of the year that was, a great year for music and a terrible year for everything else. (Spoiler Alert: This will likely be true for 2021 as well.) Here’s a quick rundown of the songs and artists that helped get us through it all.

SONG(S) OF THE YEAR
I'll be honest, this one surprised me.

Before we get to the results, a quick review of the rules: We judge this based solely on the number of lists on which a song appears. Since not everyone ranks their lists, and others rank only a part of their list, it would skew the importance of ranked lists if we tried to account for where on specific lists these songs appeared. So, one point per list. Simple. (Honorable Mentions count.)

Also, we’re grouping all versions of a song together: this includes remixes (Troye Sivan gets points for “Easy” with or without Kacey Musgraves), edits (we were evenly split on whether people preferred the shorter Single Edit for Jessie Ware’s “Save a Kiss”), alternate versions (like Phoebe Bridgers’ Copycat Killer EP), and live versions (like Taylor Swift’s Long Pond Sessions).

For 2020, that remix rule proved dispositive, because our Song of the Year is Miley Cyrus’ “Midnight Sky,” appearing on a total of eight lists (three original, five remix).

Tied for second are the two songs I would have wagered on for Song of the Year: Rina Sawayama’s "Comme Des Garçons (Like The Boys)" and Lady Gaga’s “Rain on Me” with Ariana Grande.

Rounding out the top five are (no surprise) Chappell Roan’s “Pink Pony Club” and HAIM’s “The Steps.”

In total, forty-two songs appeared on three or more lists. They appear below and in the playlist above. (A full list of all 100+ songs to appear on two or more lists can be found here.) It is incredibly impressive that Dua Lipa and Rina Sawayama both landed four songs in the Top Forty-Two. And yet neither is our Artist of the Year.
ARTIST(S) OF THE YEAR

For 2020, we’re trying something a little more expansive in our attempt to name an Artist of the Year. Last year, the criteria was “most different songs named on at least one list,” the idea being that this would demonstrate the breadth of an artist’s influence, and in this way we could honor an artist who made a great album, or maybe even multiple great albums, not just one great song (that’s what the Song of the Year category was for). This worked fine last year (and, also, it was very easy for me to tabulate), but it didn’t feel quite right (an artist with four songs that each showed up toward the end of one list would rank higher than an artist with three massive hits at the top of a bunch of lists).

So, this year, we’re ranking artists based on Total List Mentions. If you had three Jessie Ware songs on your list, she gets three points for that. Simple. We’re including all mentions, including features, so artists who didn’t release much music of their own (Beyoncé, Nicki Minaj, even Stevie Nix!) show up higher than you might expect.

This brings us to what I will call The Taylor Swift Laws. Nicole’s list, as you may remember, consisted of thirty-two Taylor Swift songs. Shay, as is his tradition, included the whole of folklore on his list. I can’t give her a combined forty-eight points for those two lists. Instead, I’m giving Taylor two points for Nicole’s list, and one for Shay’s.

And yet, despite the fact that I had to make up multiple rules to limit her dominance, our Artist of the Year is Taylor Swift, by a significant margin (which is fascinating to me since she only had one song in our Top Forty-Two, and even that one song was tied for tenth place. We all found our own T Swift favorites this year).

No surprises at the top, as Dua Lipa, Rina Sawayama, Lady Gaga, and Phoebe Bridgers round out our Top Five.

Finally, a word of encouragement to all of the forgotten little cishet white boys out there who feel like the deck is stacked against them: If you work really hard, and never give up, and maybe catch a few breaks along the way, you ... could potentially wind up tied for fourteenth on an aggregated year-end list, just like Matty Healy and The 1975. Anything is possible!

Below is a list of all artists with four or more mentions this year. The full list of artists to appear on two or more lists is here.

Posted by Aaron Bergstrom at 2:06 AM