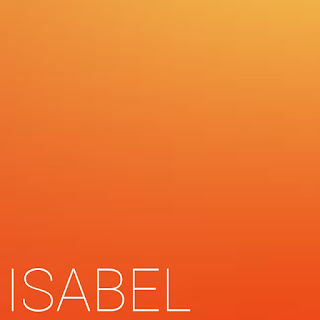 Ranked in order of importance, all released in 2022

Yhung T.O. asks the important questions right from the jump:

Is that ass fat? Do you fuck good? Do you cook clean? Do it smell like it should?

And then consequently asks from time out of his partner’s schedule. A modern love song at its finest.

A catchy hook and a fire verse from 2 Chainz, aka tityboi, puts this banger close to the top of the list. Raunchy and upbeat, a hit at any house party or a pick-me up after a 2 hour works council meeting.

A gentle departure from the previous songs, Noah Kahan almost makes me feel homesick for New England until he clearly outlines why ‘home’ makes you ‘sick’. Masochistic weather, people from high school who never left, and all the streets being named after someone’s grandfather. Clever and nostalgic, a good listen if you want that cozy wook-y Vermont feel. Guaranteed this dude wears a drug rug.

It’s been close to a decade since I’ve heard a beat this solid. It’s giving early 2000’s Timbaland (prior to his Justin Timberlake sell-out era).

The ‘Anne-Fleur’ in me goes hard for this. Is that a twerk beat? Did a hairclip magically appear in my hair? Does Antoon have a Van Moof? The answer is yes to all of the above. This song is Tantoe Lekker.

If she became the President of the United States, world peace would be a fact. Anthem worthy when you’ve had a bit too much of the Geert-Jan’s and/or Chad’s.

I usually expect a more gritty and grungy delivery from EARTHGANG, but this one is smooth, heartfelt, and reflective. Pair with whiskey on the rocks in front of the fireplace. Plus-points if there’s a rainy window to gaze out of.

I never met a Kevin I liked until I moved to Rotterdam. An ode to Airmax’s and the ‘grind’. Slow flow.

Da Brat walked so Day Sulan could run. Clear cut instructions; “And if you evеr trying to escape him, just say you fucking with a Laker”. I’ll make sure to keep that one in my back pocket. Thanks, Day.

(Pro-tip; the music video was sponsored by 7/11, Rolls Royce, and made possible by the ghost of Lisa ‘Left Eye’ Lopes)

This one hits the spot. Glad FISHER can still deliver after knocking it out of the park with ‘Losin’ It’ a few years back.

This song is just as extra as the slew of artists who made the track. Probably not surprising that it’s the soundtrack for PS5’s Gran Turismo 7. It sounds just like you’d expect it to. Pair with BANG! Energy drink and nun-chucks.

Yes, I really like YG. Especially when he doesn’t just show up as a feature. You guys can skip this one if you want. I’ll be hanging out here if you need me.

Hand me my ochre-yellow bell bottoms, green crocodile cowboy boots, and a quaalude. This one is far-out, dude.

We’re ending 2022 on the dancefloor. Sultry, funky, and seductive.

Posted by Aaron Bergstrom at 11:53 PM