(Day Ten of the Outtakes Festival! 100 Songs for 2010 coming December 6! After my complaining about lack of interest on Monday, Tuesday's blog post garnered the most hits yet - fifteen!  Up from two the day before! So now I know I can shame some of you into reading this. That's valuable information.)

(Second parenthetical aside:  If you're in the mood to download a huge amount of year-end music from someone other than me,  I recommend the 8-disc, 157-song mix over at Fluxblog.  I want to be that guy when I grow up.)

I always talk about doing an Albums of the Year list, then never actually do it, so let's throw one together here, highlighting some additional great songs from these albums that didn't make the Top 100. 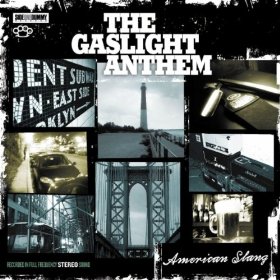 Or "Stay Lucky." Or "Orphans." Or "The Spirit of Jazz." Such a consistently great album. I don't know how you'd pick a least favorite song on this one. 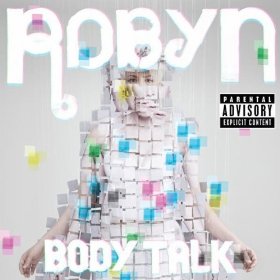 Or "Get Myself Together." Or "Call Your Girlfriend." Or "We Dance to the Beat." Or "Dancehall Queen." There could have been ten Robyn songs on the Top 100 this year.  And you know I thought about it. 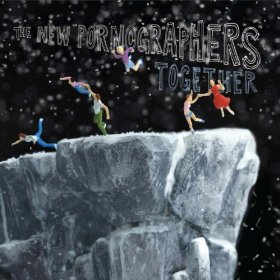 New Pornographers - "We End Up Together"

The last song on every New Pornographers album is always awesome, a little bit more sprawling than everything else, like they'd been stressing a little bit to get everything just perfect for the first ten or so songs, then they ease up a little bit for the last one. "Breakin' the Law" is probably my favorite, but "The Spirit of Giving" is so good, too, and "Miss Teen Wordpower."

(4) Hold Steady - Heaven is Whenever 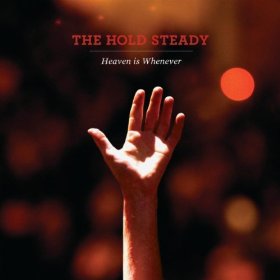 So I might be late on this, but ... do you guys buy MP3s on Amazon?  I needed an MP3 version of this since all my Heaven is Whenever MP3s are really quiet for some reason, and I didn't want to have to buy the M4A from iTunes, then convert it, then upload it.  So I went over to Amazon ... and it's really very cool.  They have a LOT of albums on sale (Arcade Fire, Roots, Spoon, The National, etc. for $1.99, the new Kanye and Robyn for $4.99),* stuff downloads instantly, quickly, and right into your iTunes.  This is very exciting.  I think a lot of people are willing to pay for music as long as it's cheap and convenient, and iTunes with their never-sale-priced albums and DRM limits (which they got rid of, but still) and weird M4A format is just not it.  Amazon, though ... I will be checking them out often.  If I can get legal albums for $1.99, I'm definitely willing to re-buy stuff that I (may have, hypothetically) pirated.

With this song, though, I already own it on both CD and vinyl, so this is really just me giving the Hold Steady another dollar in the name of convenience.  Here you go, guys!  Keep up the good work.

(5) Someone Still Loves You Boris Yelstin - Let It Sway

Would definitely make a list of Top 100 Songs I Sing to My Dog. Number one, if you're curious, is Paul Simon's "Loves Me Like a Rock." I understand this is really weird.

Posted by Aaron Bergstrom at 9:04 AM

Labels: Albums of the Year, Outtakes