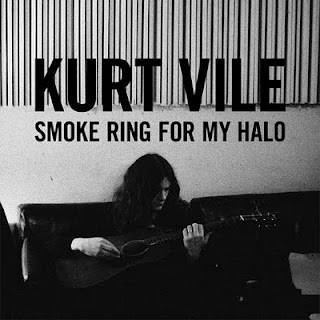 Three big album releases last week (Mountain Goats, Pains of Being Pure at Heart, Generationals) to go along with two big leaks (TV on the Radio, Architecture in Helsinki), and it's April now, so I don't think it's too early to start compiling a list of the best albums of 2011. We've talked about every artist in my top five, but I'd like to take this chance to spotlight some other standout tracks on the albums and generally encourage you to go buy them.

First up, #5: Kurt Vile's Smoke Ring for My Halo

Laid-back and stripped-down to the point where it's hard to tell if he's even paying attention sometimes, these songs somehow still command attention and find a way to stick with you. Previously-blogged "Ghost Town" is still the standout, but "Jesus Fever" might be a better introduction to Vile's aesthetic, and I assume it would be the single if phrases like "the single" still meant anything in the music business.

Posted by Aaron Bergstrom at 9:58 AM