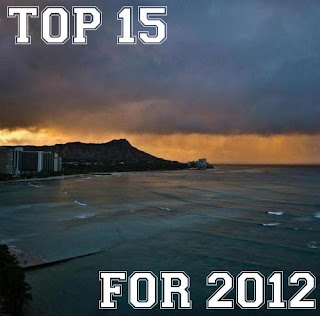 [January 2013 Contenders Mix will be available on Thursday (and will have at least 30 songs), but before then we've got time for one more guest list, from my Family Dog Rescue comrade Valerie.  She may be the last person on Earth who still likes that Alex Clare song after seeing the Internet Explorer commercial six hundred million times.]

Light and catchy. Perfect when you are almost ridiculously happy about being over someone.

Super infatuated with Tegan and Sara after watching the documentary in mid-2012. I was excited for their new album but honestly this song has a little bit too much polish and I miss the older Tegan and Sara music where the sound was more raw and the lyrics more awkwardly painful.

It's all about the lyrics. Very very sweet, sad, and unexpected lyrics. I feel like Birdy should do a cover of the song.

Underplayed and overlooked. Best Coast at their almost best.

Sad and messed up lyrics. Evokes rainy nights feeling slightly crazy with longing. A guilty pleasure, for sure.

9.  Ellie Goulding - "Anything Can Happen"

My favorite of all her songs so far. Great for running!

Great new songs from one of my favorite bands ever. Not so indie/sub-pop anymore but still really wonderful. However, I do miss the days of "Know Your Onion" and the entire Chutes Too Narrow album.

This song came out at the exact time I was looking for a song to motivate me through twice daily workouts at the gym. I think I shadowboxed to this song more than any other during the late spring and early summer months.

The song's flow is a bit awkward at times but I love the lyrics and the motivation behind the song. Not only is the girlfriend right, her boyfriend lets her know it by writing her a song.

"Hold On" is fun and upbeat while the latter two are chilling in how much emotion is being expressed. Lovely songs.

Before this song became associated with the Giants. It was my song of summer dedicated in secret to my big crush. It was everything I would have written if I could write a song...
Posted by Aaron Bergstrom at 11:04 PM