Today, it's the triumphant return of Marisa Plaice!  Check out her 2013 list here, or scroll down to see where she falls on the greatest, stupidest rock feud of 2014. 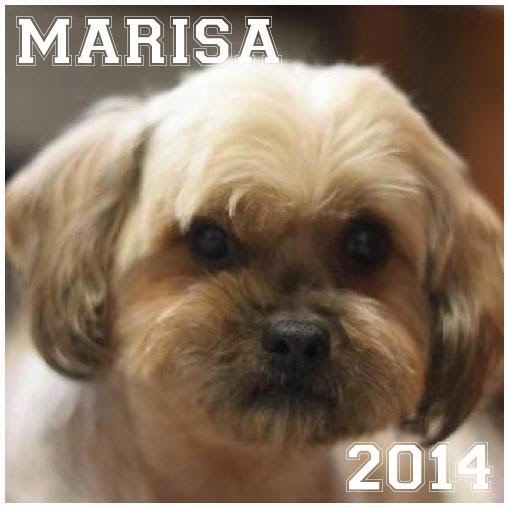 Can we just pretend that 2014 will be the year that Mark Kozelek is remembered for having finally gotten the mass critical acclaim he deserves, rather than the year he started a pointless feud with a baffled War On Drugs? Seriously, Benji is such a beautiful, raw, heartbreaking, and hilarious album, it makes me sad to think that that will get overshadowed because Kozelek's curmudgeonly sense of humor doesn't go over well (really guys, he's funny, YOU JUST DON'T GET IT).  I've said it before and I'll say it again: older, cranky, Sun Kil Moon Kozelek > young, earnest, Red House Painters Kozelek. It's basic math.

Ok, I don't know how controversial this will be, but I think - THINK - I like solo Hamilton better than Walkmen Hamilton. That's a big statement - particularly because he's only released one album and The Walkmen have such a rich discography - but at the very least, I'm glad they finally stopped playing their 37 final shows so that he could get around to releasing his solo stuff. Because it's fantastic.

Well Mark Kozelek may not like them, but I sure do. Lost in the Dream is a beautiful, dreamy and wistful album that I didn't stop playing for about 6 months straight. So if they are "beer commercial lead guitar shit", well, so be it. I guess I'm a fan of that genre.

Not only is this album fantastic and an amazing next step for Perfume Genius, but his show was my favorite of this year. Perfume Genius, aka Mike Hadreas, decided to step out from behind the piano and do some Morrissey-esque dance moves (seriously, all he needs are some flowers in his back pocket. But he's a humble and nice Moz, which makes him even more awesome). And he also wrote the best line of the year: "No family is safe/when I sashay". Congrats to another wonderful, deserving musician who is finally getting some of the recognition he deserves.

I forgot how much I love Spoon - I went through a big Spoon phase in 2005-ish but they kinda fell off my radar for awhile. But when I saw them at Outside Lands this year it reminded me of how much I love this band, and the release of this fantastic album has renewed my obsession. I love it when that happens.

By far the most underrated pop band out there. They're like the indie power group, and whenever I hear someone say they don't like them I assume it means that person hates FUN AND HAPPINESS. I got to see them twice in a week and a half this fall and was pretty proud of that accomplishment.

I have a pretty solid theory that Future Island's Samuel T. Herring is an ex posi-hardcore dude. I have no confirmation of this but I am entirely sure I'm correct, and if anyone can confirm this for me I'd appreciate it. Anyway everyone loves this album and so do I, so throw me on the bandwagon!

Ryan Adams' 2014 release is a solid and excellent album - I think sobering up and marrying Mandy Moore has been good for him (I mean, I'm sure it was good for him personally, but musically as well. I guess you can see where my priorities lie). It's definitely been interesting for his live performances - I hadn't seen him since about 2001 and wow, he's a lot funnier now. Case in point: "The Balloon Song," which he improvised during his Hardly Strictly Bluegrass set this year. I wish it was on his album.... Anyway, do yourself a favor and watch it.

Speaking of Ryan Adams, he produced Jenny Lewis' release this year and it was a great collaboration. Lewis put out a fun, rockin' album with a retro vibe that translates well live - actually I think most of her songs from the last two albums are better live (but I digress). Definitely looking forward to seeing her and Adams play together on December 18th at the Masonic. I hope they do duets and stuff.

I'd never listened to much of Sea Wolf but randomly caught a review of this album on NPR - and I'm really glad I did. Song Spells No. 1: Cedarsmoke is part of an experimental series recorded in between actual studio albums and isn't available in stores. So I guess it's a "non-album", but it's definitely one of my favorites of the year.
Posted by Aaron Bergstrom at 2:26 PM