[Guest List Week begins its second glorious week with a killer list from Curt Trnka. Every year, Curt consciously tries to find music that I haven't heard, and every year he succeeds emphatically.  I've heard like three of these songs.  The world is a fascinating and unknowable place.] 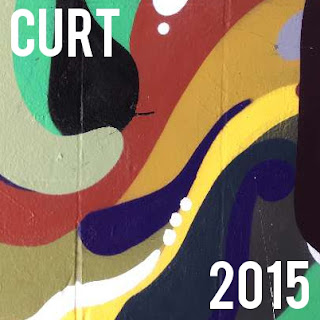 Find a good deal at a car dealership. Exercise more. Try to find music that Aaron doesn't already know about. For 2015, I picked the last one there and I gave it a shot.

World Champion - Shakes
Male lead singer with a wispy voice? Pop and upbeat? Must be something Aaron would like.
Moon Taxi - Make Your Mind Up
My guess is that everyone knows about Moon Taxi and that everyone has a favorite song. This is undoubtedly mine. Year Zero gets the silver medal.

Coasts - You
Here's another band everyone's mom knows about. For me, "You" narrowly beat out "Oceans" and "Modern Love" as my favorite song from the upcoming album.

Weezer - Thank God For Girls
I know, I know. I, too, thought Weezer was dead, but here they are, making music I can't stop enjoying. No idea how though.

Charley Marley - Bad Things With Jamacians
The groups name, the music, the imagery: Everything about this is good.

Bob Moses - Tearing Me Up
This is the only album I thought so highly of that I asked for it for Christmas. Make of that what you will...

Slaves - Cheer Up London
This is NOT for everyone. But if you're in the right mood, this song is perfect. (The right mood for me is anytime I'm at work.)

Busty and The Bass - Models
There was a period of days last month -- almost a week -- where this group was the only thing I'd listen to. All other music was inferior. Other song worth checking out, "The Real."

Take That - Get Ready For It
Did you see Kingsman? No, then why are you reading this? It's fun and original while paying homage to James Bond. This song is on the list largely because putting a movie here would have been weird.

The Slow Reader's Club - I Saw a Ghost
This entire album has it's moments, but none shine for me the way I "Sawr" ghost does. There's almost no accent except in that word. And I love it.


First time I heard this I had no idea what was going on in the song. Still don't. Don't care.

Step Rockets - Turning Tides (By Your Side)
A nice slow-building love song.

Royal Tongues - Rollin' On
Just a nice chill vibe with a bit of a fun beat.

Palmistry - Memory Taffeta
Why do I like this song? I have no idea.

Daniel Johns - Cool On Fire
Holy Crap. I didn't realize how many slow-build love songs I liked this year. Damn!

The Wombats - Be Your Shadow
Slow-build love song.

Air Traffic Controller - People Watching
One of my favorite bands. LOVE their sound. The also do a slow-build love song, On The Wire.
MONAKR - Calling Out
Starts soft and slow. When that chorus hits... wow.

BANFI - Where We Part
This song somehow makes me sad and happy at the same time. It's heavy and sad and upbeat and full of pop. Huh?

Panic is Perfect - The Mailman
I couldn't tell you what this song is actually about. Maybe a mailman? Maybe?

Gone in the Sun - Beaches
I hear nothing but longing in this song. ... And I love it.

Monogem - Silhouette
Not a ton of female artists on my list this year. This song leads the crop in my opinion though.
Yellerkin - Tools
A nice, slow jam. You're right Yellerkin, I don't have the tools.

Lisbon - I Don't Know
If you ever feel lost, this is the song for you.

Lostboycrow - HiyHiy
I thought I'd hate this sound. Instead I got infected by it. Great.

The Cold Shoulders - Wasting Away
"Sitting on the sad side of happy hour." Yup.

The Mispers - Weekend
In my book, The Mispers can do no wrong. This is a prime example.

FMLYBND - Air
Clearly, I'm anti-vowel, so this was right up my alley.

Will Joseph Cook - Streets of Paris
I just can't picture a less Parisian voice to sing the city's name.

BABE - Circles
I'm sure there are vocals in this song, but I only come back for the guitar.

Swiss Lips - Books
The imagery in this song is something I hope to act out one day.
Posted by Aaron Bergstrom at 10:20 AM