The Return of Guest List Week: Gina's Best of 2015

[Hey, do you guys remember 2015? We do! There was some great music, and we're not done talking about it. It's the Return of Guest List Week! With Gina Uriarte!] 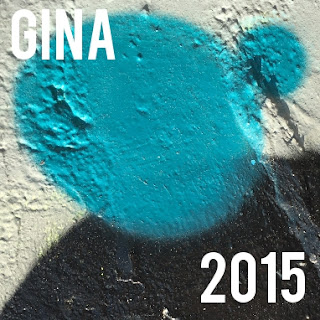 I have a Spotify playlist called "Songs I'm Digging Right Now." The intention was to file songs I heard that I liked there and then move them to monthly/annual playlists. The album goes back to August 8, 2011 and has 873 songs ... so that's how well that idea is going.

For the purpose of this list, I sorted by date and took a look at the songs I added this year. These are a handful of my favorites in order by the date they were added to my playlist (oldest to most recent):

I bought my nephew the new Imagine Dragons CD this year for Christmas (kids still listen to CDs these days? that's so cute). This is also the first example of, hey kid, I saw this band play at the Indie before they were a huge success. I'm officially that old Aunt.

Who put this band in the 2pm slot at Outside Lands? That's just cruel. Missed most of the set but got to hear this song and it was awesome and made me bitter that I missed the rest of their set.

Such a nice "fuck off" song

"Flood on the Floor" by Purity Ring - March 6

Still prefer when they cover hip hop [Ed. Note: AMEN], but this works too

"Crystals" by Of Monsters and Men - March 17

All their music sounds the same and I'm okay with that

"Anti-Summersong" by The Decemberists - March 23

I just really like this album. These two songs especially.

Gotta love a good slow build. Also "Only Love" but am trying to stick to only one song per artist (collaborations don't count).

She's featured on one of my favorite Rudimental songs ("Waiting All Night"). Love her voice. Excited to see her have a solo album.

I'm one of few people who still listens to the radio in my car. I forget when I first heard this song but I can tell you that I've since heard it approx. 1,898,737 times on the radio. And every time I worry for a second that maybe the oversaturation is going to ruin it for me. Nope. Still love it.

"Be Together" by Major Lazer featuring Wild Belle - June 5

"Maybe if"...two terrible words when it comes to relationships

Maroon 5 is my dirty little secret. And this is coming from someone who proudly loves Miley Cyrus.

Soundcloud's review describes this song as, "creating the perfect balance of glitzy indie-rock and delightful dance-pop." -- which pretty much sums up my favorite kind of music

This song just feels so good

My anthem in Costa Rica

"My Friend Has a Swimming Pool" by Mausi - August 13

Not the summer anthem Hyper Crush's "Rage" was for me, but then again, nothing will ever top "Rage"

Should be "Raised on 2Pac and Nirvana," but we're splitting hairs here

How do you pick just one song off this album?

"Stressed Out" by Twenty One Pilots - November 9

Judging from my tags, this has happened at least four times: Song comes on the radio. Me, "I like this. Who is this?" Then, "Wait, this kind of sounds like Macklemore. This isn't Macklemore right? I hate him." / reaches for Shazam / Discovers it's Twenty One Pilots / Breathes Sigh of Relief
Posted by Aaron Bergstrom at 10:13 AM