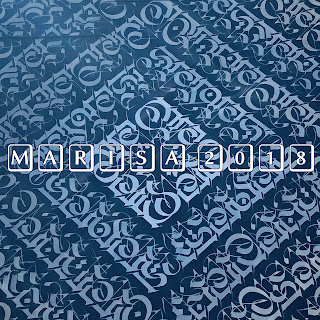 Fun fact: there is more than one album on my list this year released by women barely out of high school. Is it because I’m approaching 40 and desperately clinging to my youth? Or because the youth of America are a beacon of light during an otherwise exceptionally dismal period? It’s probably some combo of the two, but let’s go with the latter because that’s way more inspiring.

(10) Wild Pink, Yolk in the Fur
Lovely dream pop from Brooklyn and Queens, this album felt immediately comforting and familiar, yet at the same time unique. My only problem with this band is that every tour they go on seems to go out of its way to avoid San Francisco.
Track: "There is a Ledger"

(9) Swearin, Fall into the Sun
The thing about this album is that when I listen to it, I feel like I’m listening to something released in the 90’s - it has a familiar, nostalgic feeling that instantly transports me back to high school (but in a good way). Like it’s 1997 and Swearin could be going on tour with That Dog (which would have been great).
Track: "Big Change"

(8) Beach House, 7
I think I’ve said the same thing about the last couple Beach House releases: basic math says that at some point they’re gonna release a lemon, but that just doesn’t happen. Seriously, this band must have the most solid streak of amazing albums of any band out there.
Track: "Drunk in LA"

(7) Snail Mail, Lush
Another fantastic album from an artist who makes you say “they’re HOW old??”, Snail Mail’s much anticipated debut did not disappoint. I don’t know what I was doing at 19 but it was definitely way less cool than whatever Lindsey Jordan is doing right now.
Track: “Let’s Find an Out”

(6) Adrianne Lenker, abysskiss
Adrianne Lenker’s solo album is similar to a Big Thief album (the band she sings for when she’s not releasing solo albums), but a little weirder, and in a good way. Big Thief has been on my best of lists the last two years, so it’s no surprise that Lenker’s solo work would make an appearance as well.
Track: "out of your mind"

(5) Soccer Mommy, Clean
I’m pretty sure I was the second oldest person at the show when I saw them earlier this year, but what can you expect when Sophie Allison, aka Soccer Mommy, is barely even 20. At least I know what the kids like?
Track: "Wildflowers"

(4) Lucy Dacus, Historian
Lucy Dacus put out a perfect album and her boygenius songs are the musical equivalent of that brain exploding emoji. Her talent just seems to multiply with every release.
Track: "Addictions"

(2) boygenius, boygenius
I guess things aren’t all bad if three female folk(ish) artists can start playing together and ultimately get referred to as “2018’s Supergroup” on multiple platforms. Lucy Dacus, Julien Baker, and Phoebe Bridgers are all successful artists in their own right, but when they come together they form something truly magical. My only complaint about this album? It’s not long enough.
Track: "Souvenir"

(1) Mitski, Be The Cowboy
This album came out in August and I quickly declared it “album of the year” (I was not wrong). Mitski is operating on an entirely different level from the rest of us - if you need proof, go see her amazing live show. It’s Mitski’s world and we’re all just living in it (and I’m fine with that).
Track: "Washing Machine Heart"