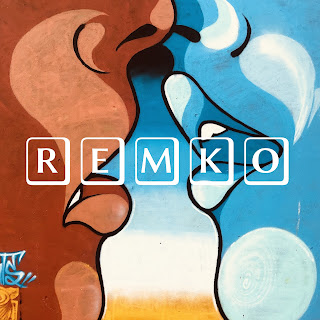 Music has always been an important factor in my life. As a 10 year old I would record songs from the radio on my double cassette recorder. I would go the record store before, to get the printed top 40 so I would know in which order the songs would appear on the radio. I’d make a selection of the songs I wanted to record in advance because I didn’t want to record the same songs as the week before. I still have some of the tapes in my mom’s attic.

Nowadays it’s much easier to listen to your favorite songs and to discover new music thanks to streaming services. According to Spotify, I have listened about 80,000 minutes (that’s over 1300 hours!) of music in 2019 and ‘discovered’ 464 new artists.

Here are my 19 best songs of ’19. (In alphabetical order by artist. I couldn’t possibly rank them.) Songs that made me smile and dance in my living room, my shower, and on the shop floor of the store I work at. (I could have extended this list with another 50 songs with ease btw. )

I have a weakness for Cheryl. The most beautiful but kinda tacky woman from Britain (She has a tattoo on her ass that covers her whole ass. Not very Downton Abbey-ish) But she makes perfect pop songs. Her songs always make me reenact the video in my mind with me in the lead of course. I know, very gay. But her songs always make me wanna dance. So does this song.

A remake of “Wannabe” from the Spice Girls, Diplo Style. How can you not love this? I love the fact that they don’t sing the original chorus in this version, but turned it into a catchy instrumental part.

The original version of this song is from 2002. I loved it from the first notes as I do this 2019 version of CamelPhat. This is the kind of song that can get me into a trance at 3 AM in a club. No XTC needed here. Good dance music does the trick and better too.  Close your eyes and let go.

4. Everyone You Know – She Don’t Dance

Two British guys who make music that hard to put into a box. I got to know them last year with their first single “Our Generation.” Also a great song. I love the beat of this song

When I lived in London in 2004/05, dubstep was huge. It had been for a few years. Craig David was one the most commercial artists in the genre. I love the irregular basslines of dubstep.  This songs brings me back to the clubs of London 15 years ago.

The last few years there have emerged a few really good producers/DJs that do it all. They write, produce and record their own vocals on the songs. Like Elderbrook, Youngr and Hayden James. The first 2 I saw live (recommended) Hayden James is still on my wishlist. I love these kind of dance songs. Positive vibes and not too aggressive.

Jessie’s voice is briljant. It doesn’t matter if she sings a tear-jerking ballad or a kick-ass dance track. This beat gives me goosebumps. Don’t stop moving together!

I don’t only listen to pop and dance music (listen to my Sunday Morning Diamonds playlist on Spotify). This song of Kevin Garrett I love because of the mellow beat and the lyrics. Kevin Garrett is a brilliant singer/songwriter. He also worked on Beyonce’s Lemonade (an album that I don’t really care for, though).

I love the dark feel of Kleerup's dance songs. I got to know him when he released “With Every Heartbeat” with Robyn in 2007. He released a couple of great dances songs the last couple of years with Titiyo and Neneh Cherry. This one with Aluna George is also really nice. I really like her voice.

Mahmood participated in the Eurovision Song Contest this year, with the song “Soldi,” where he ended up second after Duncan Laurence. His next single is called “Bario.” I have no idea what the song means. The translation doesn’t make me any wiser.  I like the flamenco guitar sound mixed with the contemporary beats.

Naila is an Egyptian vocalist. That’s all I know. Listen to this song with your headphones on and put the bass on maximum.

“Ride It” is a remake (I wouldn’t call it a cover, because it so very different than the original) from the Jay Sean song from 2007. This is the ultimate summer song. Like “Ocean Drive” from Duke Dumont was in 2015. Ride it, just lose control.

My only Dutch song in this list. I like Roxeanne’s music. “Verdovend Middel” (2017) is one of my favorite songs from the last 10 years. The beat sounds very much NOT like any other Dutch language songs. This song also has a very international feel to it. At last year’s Tropikali festival they played the song. I was the only one singing and dancing along to it. People were looking at me like I had lost it. “Do I look like I care? Cause I don’t.” ☺

A beautiful down tempo break-up song. This song gets me every time. And I’m not all bothered by the heavy use of the auto-tune, which I normally don’t really like.

From Shura’s album Forevher. This is definitely my favorite song. I’ve seen her live a couple of weeks ago in the Melkweg and also live it’s a beautiful song. It has that chill soulful sound.

Definitely the most depressing song in this list. (Don’t watch the video if you feel down already.) Hurt and pain can make beautiful songs. Death can even be a powerful inspiration like with this song.  Get your tissues ready.

I LOVE TOM ASPAUL. A British singer songwriter who should have made it big a long time ago. He has a pretty high voice, has to be your thing, but his songs are fucking briljant. Listen to 2013s “Índiana.” You’ll love it.

My favorite song from the album Sunshine Kitty (and there is a song with Kylie Minogue on there, so that says a lot). I love the vibe of this song. The beat is briljant.

Will Young released an album this year that deserves a lot more credit than it got. None of the singles even reached the top 100 in the UK. A bloody shame. “Forever” is my favorite song of the album. A depressing song lyric wise but a great beat. Again a song that can get me into ecstasy without XTC.

I really don’t understand why this song didn’t even became a mild hit. It is fucking pop perfection of the two pop princesses. (But maybe I’m biased. Kylie was my artist of the decade on Spotify) This song deserved to be a freaking top 10 hit. But that’s just my humble opinion.

Posted by Aaron Bergstrom at 12:02 AM