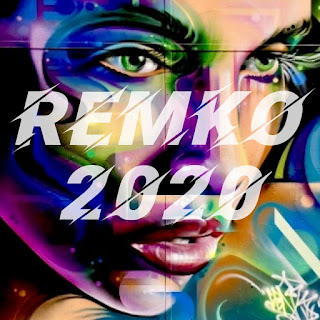 2020 has been a weird year, for sure. Ironically, in the year where we couldn’t go to clubs or bars, so many great dance and pop albums were released, filled with disco influences made for the dance floors. Think Jessie Ware, Roisin Murphy, Lady Gaga, Rina Sawayama and Kylie Minogue. Unfortunately we haven’t been able to do them justice on the dance floor … yet.
Put on your dancing heels before you press play on my playlist.

The best song from the best album of 2020 from one of the best singers. There you go, I’ve said it. You know what the worst thing about his whole Covid thing is? That Jessie Ware couldn’t go on tour with this album. (I hope she will next year.) This album was born to party.

“Save A Kiss” is, from the first notes, an amazing track. Some say the song "goes nowhere," that it "stays the same from start to finish." But when you start at perfection, where is there to go? I love the beat and the bassline of this song. And when the strings come in … euphoric, and Jessie’s voice (I’m allowed to call her "Jessie," we’ve gotten really close this year) is, as usual, on point. This is the song of 2020.

A song about pretending to be confident all the time. “Hot like a fever, I’ll make you a believer.” Rina says that Kylie Minogue’s 2001 Fever album was a big influence for this song.

Roisin Murphy gave us one of the best albums of 2020 when she released Roisin Machine. It's a pop/dance album filled with disco influences like she has been serving us for decades, but this one stands out over her previous releases. "Something More" is the cherry on top of a very delicious cake.

Half of the duo Aluna George put out a very pleasing solo album this year, and "Envious" is the best track on that album.

Samuel George Lewis has released some amazing tracks over the last couple of years. This collab with Robyn and Channel Tres is a match made in dance floor heaven. FYI: SG Lewis also co-wrote and co-produced Dua Lipa’s "Hallucinate."

“I will say it again, cause there is beauty in repetition.” This song should have been a bigger hit than it was.

Better than his monster hit “Roxanne.” Normally when songs from artists like this start with that typical rapper's short "yo" I press next. But this one stuck.

A cover of The Pointer Sisters "Automatic" from 1984. Tensnake is one of the best dance producers of our time. His song "Coma Cat" from 2010 is a classic!

I always prefer Miley songs without the video, cause I think she tries way too hard to be … I don’t even know what. But this is a great song though.

Finally! Foxes release a great track again, six years after "Let Go For Tonight." This is a great pop song, commercial without being like any other pop song. Put your hands up for single people.

A song about the battles you can have with yourself. The lyrics are a bit depressing but the beat in the chorus is strangely euphoric.

No relation to his colleague above.

The thing with Kevin Garrett is that he looks like this nerdy white guy with big glasses and then he makes these great songs with so much soul and rhythm that seem impossible for someone who looks like that. He’s a great songwriter. He even collaborated with Beyonce on her Lemonade album.

This is the second Jessie Ware song on this list, but I could easily have included more than half of the songs from What’s Your Pleasure?. Like I said before, listen to this album. And go see her live if you ever have the chance.

You can’t talk about 2020 music and not mention Dua Lipa. This was her year. She put out a great album and got nominated for six Grammys® for it. "Hallucinate" tied with "Fever" for me as my favorites from Future Nostalgia.

Kiesza released her second album independently this year with some delay after suffering a terrible car accident in 2017 which left her with a brain injury and loss off balance. It took her over a year to recover. But she is back! Her album Crave will lift you up with its pop songs. My favorite is "All Of The Feelings." This could have been a CRJ song, just to give you a feel for how bubbly and happy it is. (You probably know Kiesza from her massive 2014 hit "Hideaway.")

DISCO is Kylie at her best. Up-tempo no nonsense pop music filled with 70's disco (surprise). This album is made for the dance floor (of a gay bar). And  you can’t go wrong with a song about wine. Beep-Beep.

The Eurovision entry for Iceland this year would have been their first win in the festival. I’m sure of it. It’s a great song. Let’s see if he can write another great song for Eurovision 2021.

This is this year's "Never Really Over." Never been a big PCD fan but this “comeback” song deserved more attention (hence “comeback” in quotes). I’ve heard they shelved some other songs because this one flopped. Maybe in 2021.

This is pure Swedish pop. It really doesn’t get more Swedish than this. This deserved to be as big as "Release Me" was back in 2009. “My fingers crossed, your heart is a dancer. Too good to be true, can’t take my eyes off you.” This is the perfect lip-sync song for a drag queen. It's happy and gay and even has a bit of drama. Anyone?

Chromeo made a great EP while in quarantine. Songs about the pandemic and everything that comes with that, but adding a big dose of humor. This EP will make you dance in your living room while you’re on "house arrest."  “Someone get me Dr. Fauci on the phone.”

A great mid-tempo pop song about, well, not having a shitty relationship with your ex. (But that can make things even more complicated.)

Troye Sivan almost never disappoints.This is also a great song about being lost. We all need some direction sometimes. I especially love the last 30 seconds when the beat kicks in.

25. Tobiahs - "Running" (feat. Iris Lune)
Another great dance song. (Starting to see a pattern here? Can you imagine how hard this year has been for me with all the bars and clubs closed? ☹ I miss dancing.) This song has some little Arabic influences and the voice of Iris Lune really lifts it to a higher level.
26. Kelly Rowland - "Crazy"
A no-nonsense pop song about being in love. Nothing more, nothing less. Of course with a dose of disco, like a lot of songs this year. Nothing wrong with that.
Posted by Aaron Bergstrom at 12:07 AM