[It's our first Guest List Week debut of 2015, from the always-fascinating Jessie Witkin! Give it a listen and feel bad about the fact that your personal Best of 2015 list does not include nearly enough Drake. Like, not even close to enough.] 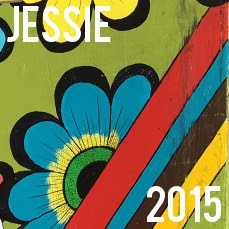 The Drake mixtape that stole my heart.
Classic cha-cha, Casio beats, big booty hoes.
"My cell phone" like there are other kinds of phones and all the resulting jokes.
The W Magazine dramatic read video.
His dancing like Ian Curtis, in full track sweatsuit.
His video a James Turrell installation.
He is a modernist at heart.

Good beat. If you're not careful, the "chorus" of this rap will stick in your head forever.
Watch out for fame, people.

(4) "Where Ya At" by Future featuring Drake

This song makes me want to dance with my ass.
Don't understand shit but beat is sick.
As one YouTube commenter observed, "Can't wait for the English version".

Drake quotes Beyonce. I mean, King & Queen.
Drake's breakup songs get less sad.
This is more like "came out clean" - The relief of being left.
That puppy yelp that offers both an angry, sinister cackle and ecstatic release. Because both exist.

We ARE gon' be alright. This song felt like an anthem for the year, for our generation.
There's crazy jazz in this song... It reminds me of Homeland whenever I listen for some reason. Carrie driving in her car in the burbs listening to jazz, "Lookin' at the world like where do we go" and "We gon' be alright fo sure."

So. Damn. Smooth.
I wake up every morning feeling like making a million, and making some music.

Languid California waves crashing sound and some sexy artiste Basquiat street tip.
"When I'm fucked up / that's the real me" is pretty real.
This song is actually about a drunk addict stalker but no one seems to care about this high creep factor. Good beats will do that to bad lyrics.

This was the absolute summer jam.
We DO need someone to lean on. The truth is powerful, and catchy. Good treadmill tune too.

The acronym caught on.
On some Tarantino tip.
Fake blood has never looked so sexy.
It's cool to be murderous, musically.
Rihanna should be angry. Happy to finally see her fucking mad.

"Threapeat" is my new favorite word.
I honestly love a slow rap I can just understand and get down too, even if it don't no sense make.

I like a nice boy rapper who picks church over sex and drugs. (It's not Drake!)

Raw sweet love.
This song reminds me of one of my favorite heartbreak Kanye songs.
I like that breathy part in the music video where his singing doesn't match up with the recording, so you kind of just hear his out of breath breathing on a cold day.
Because I can be spiritual, and so Kanye.
North steals the show!!!

Weird band name but it's been a spiritual year for me I guess.
"My church offers no absolutes / Worship is in the bedroom"
The closest thing we have to a new power ballad.
This is the best final song on a soul cycle ride ever.

Be careful what you wish for.
Meek's lyrics! The man has deep integrity, and intellect. (Of course Nicki chooses the smart boy.)
The choir and the violin!!!
"They love me and they make me go harder"
"Look at these rappers, they silly n shit"
That crescendo at the end.
This song gives me vivid images from Romeo & Juliet Baz Luhrmann's version.

Swizz is a cool rap dad who buys art, so props.
Piano, drums, apropo jazz homage.
We all have a fever, bitch.
That "God Dammit" reference at the end!
This song is actually about 2015 - our fucking murderous year - Black Lives Matter.

I originally left this one out.
But it's so good! Positive message of treating your staff as special, worthy, equals. It's all our lives. Everyone on the team should have really nice things.
Also - who doesn't love a title song - And I agree -- What A Time To Be Alive

(19) "Love Myself" by Hailee Seinfeld

This song is deeply uncool. The music vid, somehow even more uncool. This song has incredible pure pop beat. This song makes me want to dance with myself like no one's watching. Except for me.
Because faith is only good if it's in ourselves.
This is the REAL church.

They're five.
They invented the stanky leg. The word and the dance.
Their mom filmed their music video. Coolest kids on the block
Posted by Aaron Bergstrom at 9:30 AM