[It's Guest List Week! The best week! You've heard my thoughts on the year in music, now let's hear from some other people who have equally great taste in music (but somehow have the ability to express their opinions in under 10,000 words)! We kick off Guest List Week II with Megan, on losing or not losing one's edge.] 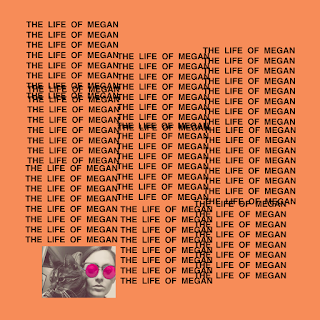 
So this year I noticed something about my top 10 list.

The songs I chose really easily fall into two categories: slower, chiller, easy listening..er; and songs with a "very slight" edge. Nothing too crazy, and then just a tad crazier than that.

Maybe I'm finallyyy beginning to show signs of my old age, or maybe, like I said to Aaron earlier, I'm losing my edge. But, I feel good knowing that...I was there.

All these tracks are solid, smart, and gorgeous in their own right, and after #1 i dont feel its necessary to rank them all, so here goes...

#1 of the year - "Had 2 Know (Personal)" - White Denim
This song (and live show) was sooo tits. The chorus/guitar lick is so refreshing but also so classic rock that it's still surprising to me its a song from 2016.

"Is the is are" - DIIV
A heroin band that produces a lot of heroin-sounding songs. For a non-heroin user, I'm obsessed.

"Subways" - The Avalanches
This track is so dreamy that i cant help but think I may have been a disco qween had I been given the opportunity...

"Morning Light" - Woods
These guys are great and this song is the butter to my biscuit. Oooooh is it good.

"29 #Strafford APTS" - Bon Iver
Just wanted to welcome Justin Vernon back into my life and also shame him for making me cry actual tears on public transportation when I heard this for the first time. True story.

"From a Soon to be Ghost Town" - Fruit Bats
This is the most perfect "video montage background music" song and I only wish it had been around before May 24, 1997 for my Bat Mitzvah instead of fucking My Girl and Forever Young, ugh...

"Rubin and Cherise" - Bonny "Prince" Billy and Friends
Hands down my favorite from the Day of the Dead project (essentially, awesome Dead covers). I think I listened to this version 100 times.

"Cold Night" - Yeasayer
Again, a song that is so vanilla but also so effective at giving Megan the feels. Please forget that I just said "the feels."
Posted by Aaron Bergstrom at 9:15 AM