[It's Guest List Week! The best week! You've heard my thoughts on the year in music, now let's hear from some other people who have equally great taste in music (but somehow have the ability to express their opinions in under 10,000 words)! Guest List Week continues with Dionicio, our Britpop correspondent in Mexico.] 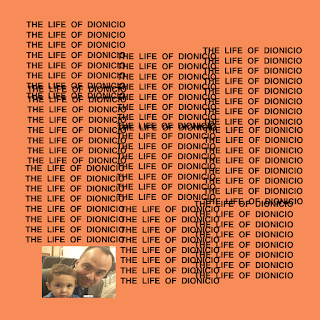 
This is best albums of 2016 list, but I have chosen a song to represent each album because it's my list.

Suede, the connoisseur's rock band. The Bowie on steroids, urban poetic, melodies to die for, voice that will never be matched, riffs that will burn in your brain band made another album. If you know them, this album is what would happen if Dog Man Star and Coming Up had a baby. If you don't this is the best album of 2016. Give it 3 listens and you'll see.

Can you hear it? The sound of awesome caressing your ears? The shoegazer band with the hyperactive rhythm section? A lot of people didn't listen. Like Moz said "The world won't listen". An album that had at least 3 versions of the Cure's "Just Like Heaven" with whispered vocals. Need I say more? Well if I do, "Take Your Time" was probably the melancholic track of the year.

There are artists as good as Bowie, but there are no "better than Bowie" artists. This was this legend's last album. It feels weird to say it, "Bowie's last album".

Oh the tunes, the tunes this album has. Sweet sugary pop perfection. Euro style. The title track, "Sweet Fascination", "Dangerous". All superb stuff that wouldn't be out of place on her absolutely perfect debut album from years ago. It does have a terrible track: "Golden Girl". But the good out-weights the bad.

If I were a surfer I would've played this album a million times this year. But I'm not a surfer, so I guess I only played it hundreds of times?

"During the sessions Cave's 15-year-old son Arthur died from an accidental cliff fall. Most of the album had been written at the time of Cave's son's death, but several lyrics were amended by Cave during subsequent recording sessions and feature themes of death, loss and personal grief."

You're in one of 2 groups, those who can relate and those who can't. If you're in the first group this album is for you.

There's no "You're Not Good Enough" in this year's Blood Orange album. But that doesn't mean it's a bad album, still pretty good. Eighth best album of the year good. On the other hand, cover art is consistently terrible, he doesn't lower his standards in this area.

This album should probably be higher on this list, but I've just recently discovered it. Maybe it should be 2 or 3 places higher. Oh well. Did I mention I love her voice?

10. Richard Ashcroft - "This Is How It Feels" (from These People)

Mad Richard is still creating beautiful songs, much, much better than "Bittersweet Symphony". I don't think he's still waling around and not letting people get in his way, he sounds wiser, but who knows.

The "made some great music, but this year's album is just not that great" list:

The "should just retire and stop dragging their name in the mud" list:

Radiohead
Pixies
Strokes
Weezer
Wilco
Radiohead (they should retire twice)
Posted by Aaron Bergstrom at 8:50 AM