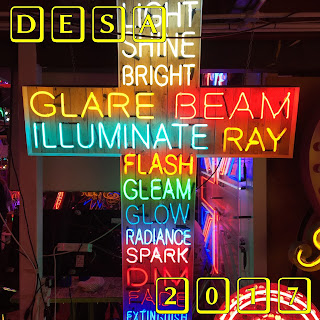 Let’s be real: the first three songs on my Spotify 2017 Most Played List were from the Trolls soundtrack and my coworker pulled a Paw Patrol sticker from behind my ear this morning.  For me, 2017 me has meant tipping back and forth gracelessly between mom and work life, looking up only  once in a while to gawk at the political and social horror show of the past year.  Sure, I stumbled upon a few new songs, but mostly by old favorites – Selena Gomez, Haim, Elle King; you’ve seen these from me before. So, when guest list time came around and I found myself staring at my paltry collection of new music, I did what I have done all year when I needed a hand.  I turned to my village.  It’s takes a village to raise a kid and apparently also for me to come up with a respectable list of songs for the year.  My guest list this year is a collaboration with of two of my village leaders, Kellen Walsh and Katie Andrew.  The list is better because of them - and so is my world.

P.S. Proof of climate change: Rihanna is on my list.  Hell must be freezing over.
Posted by Aaron Bergstrom at 9:13 AM