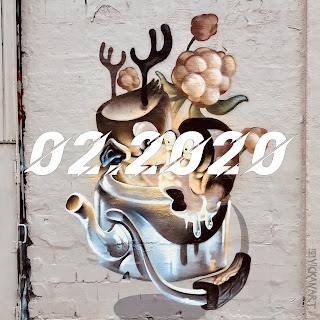 The album comes out on Friday and I'm so excited that I'm not even thinking about whether or not Lauren took into account the fact that calling your record You or Someone You Know is just going to make people like me think of Matchbox Twenty.

Every single better than the last. I love them so much.

Six songs on the La vita nuova EP and they'e all wonderful, we now start the arduous process of trying to figure out which one will be on our year-end lists. For now, let's go with the single. If Chris thinks it's the best, that works for me.

Okay, yes, the song is great, but here's the thing that's making me doubt my sanity: the opening lines ("Someday I'm gonna live / In your house up on the hill / And when your skinhead neighbor goes missing / I'll plant a garden in the yard then") at least imply that the skinhead neighbor went missing because Phoebe killed him, right? Right?!?

And yet I have not seen one review that references this.

I reserve the right to change my opinion in the future when we've all been enslaved by Elon Musk's demon spawn, but as of right now Claire Boucher can pretty much do no wrong.

Lead single from Amanda Shires' husband, his first new music since 2017 (unless you count most of the good songs from A Star Is Born).

The album isn't out until May, but the critics I follow on Twitter who have advance copies are unanimous that it is going to be one of the year's best. Future Poet Laureate Hanif Abdurraquib wrote a really good introductory essay for it.

I've never really listened to Archers of Loaf despite the fact that (a) a lot of people whose taste I respect love them and (b) the one song of theirs I know ("White Trash Heroes") is amazing. Now they're back with a new single that makes me want to revisit everything they've ever done.

I've never really listened to The Walkmen despite the fact that (a) a lot of people whose taste I respect love them and (b) the one song of theirs I know ("The Rat") is amazing. Now frontman Leithauser is back with a new single that ... look, you get it.

The impressive thing about this song is that it doesn't really sound like Allie X or Mitski, and yet it's still really good.

Doesn't seem fair that we're still twenty-five days away from hearing this album.

The first line of the Pitchfork review for Look At Us Now Dad mentions that Martha Brown played synths for Charli XCX on Taylor Swift's Reputation tour, and the review could just stop there. That's it. That is what this album sounds like.

As an American abroad, there are so many ways to feel inadequate, but speaking one language in a country where everyone seems to speak several dozen is probably #1. On this EP, Chris sings in three languages over six songs, and ... come on, we all feel bad enough already.

New album Sorry for the late reply is consistently great melodic punk, but I'm highlighting this one because I respect a Britpop homage. It's like they're consciously angling to open for a Blur reunion tour.

For those of us who can already somehow feel nostalgia for 2011.

Look ... it is four degrees. It has not stopped raining since we got back from Africa. I'm sure this song is great. Please come back in three months.

They love her in the chorus, but seem to hate her in the verses? Guys, I think I get why she left.

You guys remember Big Grams? The supergroup made up of Phantogram and Big Boi from Outkast? 2015 seems like a different lifetime.

Even though I now live 5,000 miles away, I will always have a soft spot for East Bay indie rock.

Phoebe co-conspirator with an album out in May. This song is absolutely heartbreaking, but it starts out with a joke:

And the fact that he can somehow do both in the same song is really impressive.

A few spots above I mentioned that Hanif Abdurraquib write an introductory essay for the I'm Glad It's You album, and I guess this is a trend because Ocean Vuong wrote an "impression" for the new Perfume Genius record. This is my favorite trend of 2020, and it's not too late for Sally Rooney to write something about the new 1975 album.  (And now I'm going to spend the rest of the day thinking about band/author pairings.)

You know how some people get weird when you use the word "champagne" to refer to sparkling wine not actually from the Champagne region of France? That is how I feel about this band not being from Philadelphia. Feels like I've been lied to.

Always room on a mix for Swedish dream-pop.

I'm in favor of The Strokes trying to sound like The Cure. I'm opposed to it being almost five minutes long.

I love LCD Soundsystem, but I cringe a little bit whenever I hear that someone's new project has an LCD influence. Kinda wish this sounded more like Car Seat Headrest, to be honest.
Posted by Aaron Bergstrom at 5:18 AM