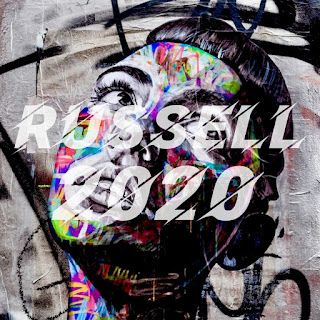 I had low hopes for music in 2020, mainly because I was convinced that nothing could top the Charli XCX & Christine and the Queens collaboration from 2k19. But, I knew Rina's album was on the horizon (apologies in advance for 3 SAWAYAMA songs) and was thus cautiously optimistic. Alas, Covid cancelled myriad concerts and stopped me from sweating profusely all over the Beaux dancefloor to “WAP,” but I made do by getting a USB plug-in disco light and pretending I was at an 18+ discotheque in Madrid.

Or rather, here's “Pink Pony Club” and a list of 19 lovely alternates:

Does it count if I saw Shea Coulee do a lip sync to this last year that stunned me, but the full album came out in 2020?

Not to be confused with my favorite Katy Perry song of all time (hot take, I know ...).

TBH I had kinda forgotten about Hayley Kiyoko until she manifested on RuPaul's Celebrity Drag Race. So I revisited, and then I kept revisiting this one in particular.

Second best pop song this year after Rina, don't @ me!!!!

The last concert I saw before quaranTina Turner set in.

Shameless plug for my friend Sharell's new song that had me crying on a summer afternoon in the Panhandle!

Overcoats' 2020 The Fight is an incredible album, with F&F being a personal fav of mine.

This whole album was pretty stun but I'm a sucker for a single.

Any song with the lyrics “I drank tequila and got carried away” speaks directly to my soul.

Why hasn't Shamir gotten more love this year?? 🥺🥺🥺 Also, if you want a wild read, Shamir getting career advice from Mandy Moore was one of the weirder moments of 2020.

I dream of Stevie, but this is a close second.

KP had the NeRvE to drop this song a week after my boyfriend broke up with me. But the lyrics really do it for me: “and it sucks that I think about her, cause thinking 'bout her leaves me lonely. And it's not that I wanna suffer, but thinking of her keeps me going.”

To all the friends I run into and say "we should do lunch soon," this one's for you!

I still lose sleep over the fact that Lizzo was almost in on this magic.

In 2018, I saw Doja Cat perform at the Independent and do a song called “Skinny Jeans, Big Penis." She's been my problematic fav since then, and I don't know why but this song slapzzzz.

It's Rina's confidence and BDE for me.

Can someone please send a memo to the folks that can ensure The Aces have their HAIM/Muna moment soon???

After many hours of mulling it over, I decided that this is my favorite of the songs on this album because it is pure pop perfection. Rina can truly do no wrong.

While “1894” was my second most played song of the year, it was Amber Mark's 2017 album 3:33AM about the tragic loss of her mother that made me fall in love with her as an artist. See also: her 2020 song with Empress Of.

PPC got me through 2020. Much like “Call Your Girlfriend,” there's something about “Pink Pony Club” that makes you feel like the only girl in the room, twirling around as confetti falls from the ceiling. Perfect for break ups, pump ups, and a lil make up.

Posted by Aaron Bergstrom at 12:08 AM