Seventeen and Stuck Up / Up in Osseo: The Hold Steady and the Validity of Individual Experience 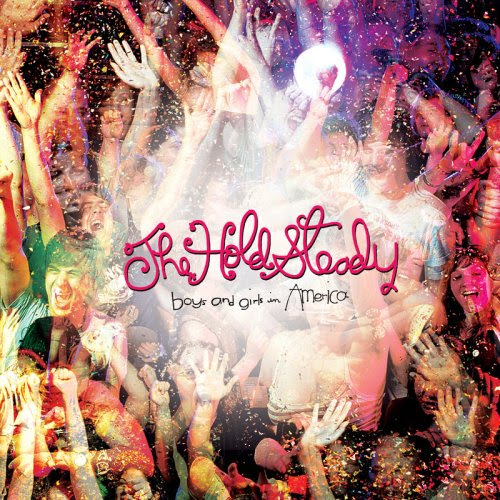 I grew up in a small town in Southeastern Minnesota. While I have since moved to San Francisco, I still consider myself a Minnesotan, and I probably always will. The rural Midwest defines me. For this reason, I spent the majority of my formative years feeling culturally insignificant. However, for this same reason, I love The Hold Steady more than just about anything in the world. Let me explain.

Those of us raised in the flyover states know, deep down, that our lives are not nearly as meaningful as those of our peers on the Coast. We grow up lacking a kind of metaphorical substance. No one writes songs about us, and deep down we know it’s because we do not have lives worthy of pop music immortality.

I spent my high school years playing sports, listening to music, drinking in basements, and unsuccessfully pursuing girls. This, I have to imagine is exactly how teenage males spend there time in New York City, Los Angeles, or any other major American city. I’m told that Californians don’t have basements, but really this seems like a minor issue. The fact of the matter is that I shared the same experiences with most everybody my age, and yet I knew deep down that my life was fundamentally different than those of the City kids, that if I could trade places with them, I would crash and burn immediately. I knew that any happiness I could acquire was a direct consequence of inhabiting a very small pond. For this, as with all the problems in my life, I blame pop music.

Here’s a fun exercise: Name ten songs with the word “California” in the title. I’m not kidding ... do it. I takes about thirty seconds. New York is just as easy. These are cultural touchstones, and it’s not surprising that songwriters rely on the imagery and emotion that come with them. It’s easy to attach significance to any coastal metropolis. If you live in New York City, some indie band has penned an ode to your borough, some up-and-coming rapper has given a shout-out to your block. I don’t have the facts to back this up, but I would bet there is a song about every major highway in Southern California. And so, as a confused teenager in the City, you can listen to music about things you see and do every day, and you can relate on a very intimate level, and you can know that the emotions you feel are just are real as Lou Reed’s, or Tupac Shakur’s, or whoever your icons may be. You can be reassured that life is hard, but that there is meaning in the struggle, because your heroes came from the exact same place, and they made something beautiful out of your surroundings. This has to be about the most hopeful thing ever.

Kids from the rural Midwest, however, listen to those same songs, and we feel the same loneliness, or isolation, or even joy, but we wonder if those emotions are somehow different in the City, we wonder if our loneliness is as gripping as theirs, we wonder if they feel joy on a much larger scale, if we’re just pretenders to some larger human truth. It’s like breaking your wrist falling out of a tree house, then showing up at school the next day and hearing about the mountain climber who had to amputate his own arm. You thought you knew pain, you thought you had the toughness to overcome anything, but then you realized that maybe there was this whole other world of pain that would probably break you, and you realized there were people who could likely endure your sufferings without even flinching. Life in the rural Midwest is like that.

And so we go through our lives without songs about us. Bands from the Midwest just don’t operate the same way as bands from the Coasts, which is interesting because there are so many seminal acts from the forgotten states. The Twin Cities alone can claim everyone from Price to the Replacements. And yet these bands always seem to strive for a larger kind of universality, one lacking the relevant details of acts from other geographic regions. For instance, the alternative music scene in Minneapolis rivaled any in America in the early 1990s, but these bands didn’t want to talk about Interstate 94, or the bars in Uptown, or how it felt when the Twins won the 1991 World Series. Listening to Paul Westerberg sing about getting drunk, you can guess at which bars he frequented, but he never relies on that specific information, and so, really, a burned-out college student at the University of Minnesota has no more claim to “I’ll Be You” than anyone else anywhere. It’s great music, and it resonates, but bands do not belong to the Midwest in the same way that Green Day belongs to the East Bay or The Strokes belong to New York. The music often plays like it’s hiding its heritage, like the bands are scared no one wants to listen to songs made in the Central Time Zone.

I had already moved out to California by the time I discovered The Hold Steady (and, also, lead singer Craig Finn’s previous and very similar band, Lifter Puller). Fantastic though it may sound, I don’t think it would be hyperbole to say that if I had listened to The Hold Steady in high school, there’s a good chance I would be living in Minneapolis right now. The band is that important to me. They make Minnesota real. They make Minneapolis significant. They carve out a pop cultural niche for all of us who love the Golden Gophers but hate all those drawn out winters.

There is a whole world in the details of a Hold Steady song. For anyone who ever walked across the Grain Belt bridge, or even shopped at a Rainbow Foods, Finn’s lyrics are a revelation, forceful and sung with a hint of a sneer. He doesn’t care if hipsters in Greenwich Village or scenesters on Rodeo Drive are turned off by obscure references to suburban Minneapolis or parties on the banks of the Mississippi River. He doesn’t care because these things happened TO HIM, and therefore they are important TO HIM, and so he’s going to sing about them because we all have random experiences seared into our memories, and if we ever want to engage each other on a meaningful level, we must realize that meaning and significance are almost always subjective, and if you think that the only things that matter are things that happen on the Coasts, well, Craig Finn does not care what you think. He is not writing songs for you. He is writing songs for him. And, by doing so, he is writing songs for me.

The music is not a celebration of Minnesota, but it IS a declaration of Midwestern significance. Finn is not writing jingles for the board of tourism. These are songs about drug overdoses and fights and even suicide. These are not songs to make you love Minneapolis. However, in the same way that Bruce Springsteen expressed his feelings about New Jersey through characters who wanted nothing more than to leave, Finn creates a world that is definitely not paradise, but is definitely home. Though the band has relocated to New York City, they still write songs about Bloomington, Minnesota (home of the Mall of America!). Why not substitute Brooklyn instead? Because life is just as real anywhere. Broadway and Lyndale are both just roads. I didn’t always know that. Craig Finn did. This is why his band matters.
Posted by Aaron Bergstrom at 9:54 AM