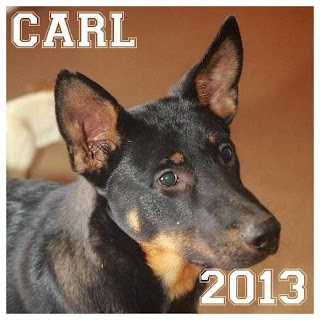 
[We close out the first of what is hopefully several Guest List Weeks with Carl Anderson! Carl apparently knows how to make upside-down letters appear in blog posts, and thus may be some kind of wizard. He also likes CHVRCHES the correct amount. You all could learn a lot from him.]

I loved 2011’s Actor-Caster, but last year’s EP not so much. That made this album a special treat. Aaron thinks there are two even better songs on this album – how we avoid gunplay in the office is kind of amazing.

This will stick in my head as the sound of 2013. I have listened to this song so much I can hardly hear it anymore. It’s like listening to myself breathing. Paul Krugman promotes this band on his blog, and I wonder if they get mean tweets from his enemies now. Or if anyone went to a Lucius show this year because they wanted to meet Paul Krugman.

The best Scottish single of the year. Surprise, it’s from a guitar band. It didn’t make Aaron’s Scottish top ten because eleven songs from Chvrches tied for number one.

Seriously though, this band is the antidote to disappointment.

A different kind of counterpoint to the ever-multiplying anthems of prowess and bling. Skewering these clichés isn’t a new idea, but this is done from a fresh perspective and so very well.

As Gene predicted on his 2012 list, there’s a lot to like on this album. For example, listen to the meter when she sings “I can’t find a reason / why I should be keeping / your picture so close to me / when I don’t really see you anymore.” Also, I’m not offended by the occasional lo-fi noodling, but when you can write songs this good, what is the point?

I don’t know a thing about this other than it’s a powerfully catchy single with a serious lyric. This is what singles are good for. Just go with it.

You can take it or leave it, but don’t call it retro. This music completely ignores everything made in the last 40 years. I’m just in awe of that.

If you said this would be a big year for Haim, you and everyone else were right.

A strong, straightforward guitar-band song, in a year when the world showed little interest in such things.

There’s a pair of lines at the end of the first verse, “But it’s not all right / It’s not even close to all right,” that are sung so perfectly it makes the whole song memorable. These lines come around again toward the end, but in exactly the right way.

Lucky for me I heard this group before I saw NPR describe their songs as “cinematic vignettes.” I guess the NPR style guide says that nothing associated with Yale can ever be described in monosyllables. The music on this album is not nearly as pretentious as the commentary about it.

I had to give this a second chance in order to appreciate it. It can sound like she is trying too hard. Atmospheric can sometimes be like that, and you just have to listen a few times before you find out how much you like it.

Listen while walking and it will be extra addictive. Handclapping through the bridge is excusable only because she’s French and probably doesn’t know better. Maybe she doesn’t have a clue what these words mean, either.

Genuinely soulful vocals over a sharp disco track make me wonder why this song isn’t everywhere.

Never disparage a struggling band for taking money for a commercial. But wow, you are now branded as the official co-ed indie band of Windows phones, which might be the worst yoke ever. What’s next down the slope, a tour sponsored by Hawaiian Tropic?

Are they any better than The Colourist? They didn’t do the Windows phone commercial. Do they sound better just because you know that? That’s all I’m saying.

If you’ve got a good hook and thunderous bass line for the drop, you should keep it simple. Emphasize the hook and the bass line. I appreciate that.

This song was a demo last year, but it’s been remixed. It should be out on Sub Pop soon, unless they plan on remixing again. (Tip: less handclapping!) If you like pop music heavy on the bass drum, this band may be your ticket in 2014. Guess who really likes this band? (A: sǝɥɔɹʌɥɔ)

Justin Vernon of Bon Iver’s side project. Not clear whether Bon Iver still exists or not, so this may be Vernon’s second act.  Sing us off, boys.
Posted by Aaron Bergstrom at 9:02 AM