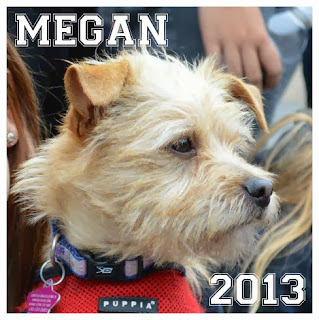 [Our fourth Guest List Week entry is also our third Michigan Wolverine, Megan Swidler! Great work, leaders and best. I'm not going to do a "Best Live Music Experiences of 2013" post but, if I did, Megan singing Prince songs with the band at our friends McKenzie and Curtis' wedding would absolutely be #1.]

Stumbled across them at Lolla mid-set. Was instantly a fan. At first listen this track is unsuspecting up til about halfway but then all of a sudden before you even realize its like BAM and you find yourself thinking “holy mothereffing crap I love music.”

While I’m obsessed with the whole album I’ll just pick my favorite for the mini-list. It was a toss up between this track and “It’s Never Over (Oh Orpheus)” but in the end I’m a rocknroll girl and this one’s got the edge. Effortlessly brilliant is how I describe them as only they can be. LET EM STARE LET EM STARE!!!!!!!!!!!

Heard this one in a yoga class and I just hadddd to ask my teacher what it was. It’s a smoking hot track. It smolders. Hot. Love. This. Song.

“Get Lucky,” no doubt, is the bee’s knees but “Instant Crush” is the track that got into my blood directly through the vein as opposed to being absorbed through the GI tract (a nursing metaphor if you will). Julian Casablancas could not have been more perfect for the j-o-b.

My favorite single that was released this year. I dunno, church choirs usually seal the deal for me and should be used more in the mainstream. A chill-inducing guitar riff doesn’t hurt either.

Say what you will, but Trent’s still got it. This one usually opens his live show and probably is the most reminiscent of the Downward Spiral days that I cherish so dearly.

Again, a great intro, a great riff. If I were to be in a band and write music I think we would put out stuff this kinda stuff. Fun song.

How could I possibly have any sort of music related list without including my #1 squeeze, Mr. Thommy Thom Thom. This album wasn’t nearly as fabulous as The Eraser was but this particular track did exactly what I needed it to. Build and build and build and croooooooon and climax and fade out.