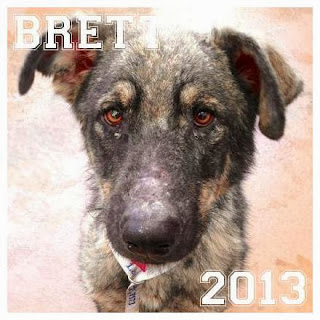 
[Guest List Week III reaches its thrilling conclusion with its second Panic Room alumni ... Mr. Brett Kass! I'm giving Brett a bunch of meta-credit for this list. "The medium is the message" is a Marshall McLuhan quote meaning that the form of a medium embeds itself in the message, creating a symbiotic relationship by which the medium influences how the message is perceived. Brett's main point is, "I don't think that much about music," so he gives us the least list-like entry so far. Bravo! Also, "Hannah Hunt" is such a great song.]

I am a terrible music critic. I've come to this realization in making this list.

After reading Aaron's always enjoyable introductory essay and the lists of other guest bloggers, I came to three conclusions:

1) I spend approximately 0.2% of the brain power thinking about music that everyone else appears to spend. I hear a song and I either like it or I don't like it. That's my process.

2) Given the personal and subjective nature of music, ranking music, or art in general, is a fool's errand. I love the song "Barbie Girl" by Aqua, constantly ranked as one of the worst songs ever, because I can vividly recall awkwardly dancing with my freshman crush at homecoming to that song. It was awesome.

3) Despite conclusion 2, I am extremely thankful for lists such as Aaron's and sites like Pitchfork. Even though there is no "right" answer, I find the discussion enjoyable.

Songs That Didn't Actually Come Out In 2013, But I Still Enjoyed This Year Division

I saw Tanlines open for Vampire Weekend in 2013 and loved these two songs.

My favorite band put out my favorite album of the year.

Songs Aaron Introduced Me To That I Liked Division