Guest List Week: DJ GarthVader Burns It All Down 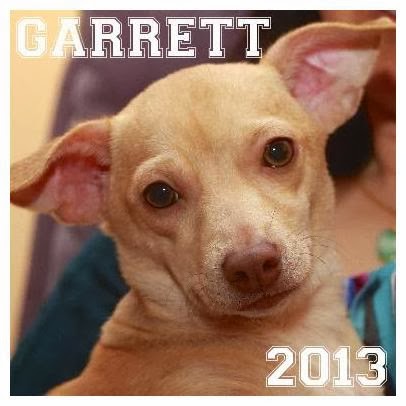 
[And then it was all over. After SEVENTEEN wonderful Guest Lists, we've reached the end. And what an end it is, courtesy of @TheGarrett, 1/4 of a trivia team that, as you read this, is probably tied for third. Years from now, we'll all have to explain how this is the only Guest List to include "XO," because, wow, "XO" is so, so good. Seriously, though, the Guest List Week series was one of the highlights of my year, and I look forward to doing it even bigger next year. Thanks everybody! (And then Meat Cat flies off on his, um, skateboard.)]

Hiiiii Aaron. Here is my list. It's exactly like yours, but with fewer, different and better songs!

I bet you were like "I'm going to ask my gay friend to contribute to this - he has decent taste in music so he probably won't put a Lady Gaga song on his list." and you were right. There are TWO Lady Gaga songs on this list. Bookends, if you will, for my female-heavy musical repository.

I love a variety of the Gagas ("Bad Romance" Über Gaga, "Marry The Night" Freddie Mercury Gaga) but my favorite of favorite Gagas is undoubtedly Springsteen Gaga. After "Speechless," "Yoü and I" was our next hint at her instinct to turn a muscle car anthem into a müscle kar anthem (not that different, but somehow weirder). "Gypsy" is our next taste, and her decision to go all Abba-dabba-i-play-the-guitar-now on SNL is something I'm feeling like soft mink.

"Do What U Want," for me, is like listening to MJ through the eyes of a skinny, blond, dirty, Italian teenage prostitute. She's letting it get a little rough, sexual, with a side of "Don't read my diary". "DWUW" makes me want to put all my weight on my back leg, straighten the front leg, lean my torso back in line with my front leg, cock my head to the side, grimace, and undulate my hips until you feel weird-weird. Yeah R. Kelly is in it too.

OMG SPEAKING OF R KELLY HAVE YOU HEARD "MARRY THE PUSSY"???? "Gonna get down on my knees and ask that pussy to marry me." Yep, that's all.

Daft Punk released an album this year. Were you one of the everyone/everybody who bought it or listened to it? My favorite is "Contact" because I A) love the movie Contact starring Jodie Foster and Matthew Mccona-hey B) Luv me some funky, rough drums, and C) Like to daydream about buying contact paper in the distant future. This song gets me.

If you have friends, you'll love "XO." It puts me right with her, on stage, in front of thousands of gay men and lonely women. "In the darkest night - I search through the crowd" Boom, poetry by Beyonce. I'm still trying to figure out the reference to the Challenger Disaster? Is this about her miscarriage? Why do I care so much? Bey-cause it's Beyonce.

Let's talk about Ellie Goulding. I looooooove Halcyon. Like pretty much the entire album. Am I a 15 year old girl? Yes. But you guys, most of the songs on this album were like A, A-, B+ at worst. THEN she was like hold on to your tampons ladies, here come 7 new songs that you're probably going to mess yourselves over. And I did. I messed myself. I'm not proud, but it happened. "Under Control" is too good. "Stay Awake" was like - wow spectacular good. So, I don't really know what to tell you. She might be terrible live, but homegirl can record a soaring, waily hook like no other.

Sia came out with another song for the Hunger Games soundtrack. Spoiler alert, I liked it just as much as the rest of her songs. A lot. It talks about EITHER being in love OR being at war. Hold on, i might be putting something together here... Love...War... Dang, I lost it. Oh well!

Xtina also recorded a song for the album and i'm giving her an A+ for effort and an A++ on her requisite weight-loss-coke-diet in order to promote said song and said album.

Quadron slipped one in here because it makes me want to funky groove while wearing an old timey suit. M83 did a great album for a terrrrrrible movie, so I threw one of his synth-heavy tunes that featured the wailey, screamy Suzanne Sundfør. And in the niiiiiiiiiight I wish I haaaaaaaadn't seen Oblivioooooooooooo-ooohwowowoooonn.