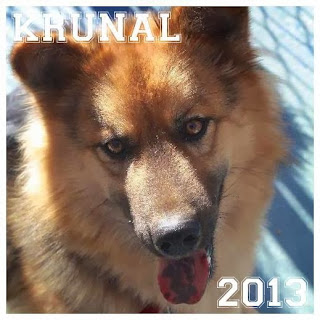 [Guest List Week III continues with with Panic Room alumni Krunal Patel! Krunal described his list like this: "OK ... so apparently everything I listen to came out in late-2012 ... so you're getting a Top Ten Songs of 2013 That Should Be In Someone's Top 100 List ... in no particular order." Works for me!]

You guys have probably heard this song on the commercial for Grand Theft Auto V. It also reminds me of a parallel dream life where I drive a convertible 1994 white BMW through the streets of LA wearing a V neck shirt and a blazer with the arms rolled up. Does parallel Krunal do a bunch of blow ... maybe ... are there three girls in the car wearing nothing but bikinis ... YES!! Yeah ... it’s that kind of song.

I don’t know what it is about this song. I think the beat, the vocal and the hook all remind me of listening to hip hop back in the day where we still made mix tapes off radio stations like 95.7 and 94.9. Also, it’s a hip hop song not featuring Lil Wayne talking about beating up pu$$y, so that’s a plus.

4) "Sweater Weather" by The Neighbourhood

I don’t know, I just like this song. Maybe because I love the lyrics. If it’s so bloody cold, why are you gonna ask her to hold her hands in the holes of your sweater? Be a man; give the lady your sweater.

So, basically I will listen to any music made by a 17 year old girl. The whole album (True Romance) is solid and fun to listen to. This song in particular.

Piano, kids…piano. CWK has lost that storytelling that made them so great in the past, but that’s OK because they still use pianos, and that’s all that matters.

OK, this one is a bit weird because I think the song originally came out in the 70s. [Ed. Note: Yep, 1972] A couple of months ago I saw a 60 Minutes about this musician named Rodriguez who basically was a failed rocker somewhere in the Midwest. He still worked a blue-collar job in his late sixties, and wasn’t doing too hot. What he didn’t know was that back in the 1970s his albums made it to South Africa and he was a rock god. When no more albums came, all assumed he was dead and elevated him to the status of Hendrix. It’s a cool story, check out the documentary Searching for Sugar Man.

This is probably on everyone’s list this year. But I really like this song for the fact that it’s the quintessential Arcade Fire song. It start off really slow and soft, and seems to build up forever until you are sitting at your desk and shouting "Work it Out!!" by the end. It’s great, and if you even get a little juiced while rocking them on Spotify – go to their show, it’s a blast.

To tell you the truth ... I don’t really like this song. However, I was at Dolores Park this 4th, near the jungle gym ... some might know this area as 'Gay Beach.' Little did I know, but my friend was throwing the most Fabulous party I had ever been to (in a park). When this song came on, almost everyone lost their shit. Also there might have been a man wearing nothing but a Speedo ... with a zipper in the front of it ... haha.

I needed to put some dubstep on here. This is just one song of many I listen to that happened to be released this year. Truthfully though, while doing work I listen to dubstep at least 80% of the time because --> chair dancing!

Posted by Aaron Bergstrom at 7:28 AM