[Guest List Week goes briefly international, with Dionicio Solano checking in from Saltillo, Mexico! It looks like Dio shares my disappointment in this years' long-awaited Libertines and Blur albums, but today we're focusing on the positive. I love the fact that everyone has a different favorite Grimes song this year. Art Angels is a fascinating record.] 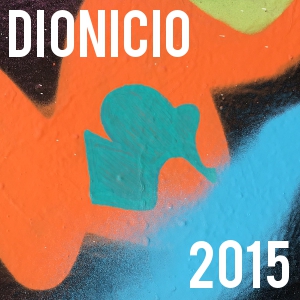 First of all, I'm not really a song type of person, I'm more of an album guy. So, here's my top 10 albums of 2015 (one song from each album in case this will turn into a playlist):

A track by track cover album the best of 2015? Indeed. I've always seen Adams as a massively underrated genius songwriter, but this record made me appreciate him more as a singer, musician and arranger. Ryan could take Magic!'s "Rude" and make it sound good. Ok, maybe not good, but decent at least. I really wanted to hate this record just because it exists, in a Pitchfork kinda way, but I just can't. Long live Ryan Adams and whatever he releases.

I know, I hate the capital letters too. Such arrogance. Anyway, I didn't expect this record to be so good. It definitely raises the bar from their previous 2. Sticky chorus galore. And although there is no "Wonderful Life" here, each and every track is very strong, some excellent. This could really be some other band's Greatest Hits album. It's that good.

This could also be a singles collection from some other band, although a much nostalgic one. This baby is filled with delicious 80'sness, bombastic choruses and power ballads that should have been in 80's movies about karate or some other martial art. Did I mention the nostalgia?

Gone are the days when Editors would ooze perfection and create masterpieces like their first 2 albums. Still, this is a pretty good album in general, just not a great Editors album. I really, really can't believe they ruined a collaboration with Rachel Goswell by using the weakest song on the album to feature her. Anyway, this is still a better album than most of what came out this year. It's Editors.

Cloudy/rainy day music that you can sit down and relax to. The best tracks are the Makonnen (as in every PP album), it has a song dedicated to his father about being stranded in an airport. Good luck getting it out of your head if you listen to it.

If you get past the tacky cover you find a great record. It does have a couple of (again) tacky songs, but it also has "Hollywood Dreams," "Coffee," "Simple Things" and other absolute winners. It also has a Lenny Kravitz collaboration that you thankfully never notice he features on. He could do with a little more classy lyrics, but the tunes and arrangements are top notch.

Everyone needs some good pop music, specially if it comes from a duo that takes their craft so seriously. They could release each and every one of these songs as singles, that should say something.

It's not a Killers album but it'll do in the meantime.
Posted by Aaron Bergstrom at 8:55 AM