[It's Guest List Week! The best week! You've heard my thoughts on the year in music, now let's hear from some other people who have equally great taste in music (but somehow have the ability to express their opinions in under 10,000 words)! Guest List Week continues with Carl, implementing a rule that we should all probably be following.] 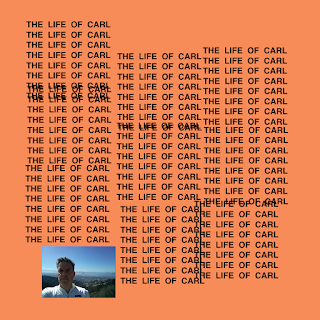 16 for 2016 (boys STFU edition)
Folks, how are we going to get through the next four years?  I’ll tell you:  we are going to listen to women first.  That’s how.  Let’s start with this playlist.

***
(1) Flume, Kai – “Never Be Like You (feat. Kai)”
Listening to this track over and over this year just made me like it better.  The lyrics are really tight.  I would give anything to change / This fickle-minded heart that loves fake shiny things / Now I fucked up and I'm missing you. A pure expression of regret based on recognition, not excuses.  I can admire that.
(2) Big Thief – “Masterpiece”
This is the second track on the album, after a seriously lo-fi first song, and the opening chords just explode.  That was one of my favorite listening experiences this year, and why this track is second here.  Also, this song contains two genuinely great country lyrics.  Can you get me out of here? / This place smells like piss and beer.  And then, There’s only so much letting go / You can ask someone to do.  Even if it isn’t clear what the whole song is about, these are great moments.
(3) Hinds – “Garden”
Hinds could be the first European supergroup composed of girls who met on Facebook, or at least that’s what they want me to think.  I take the Velvet Underground very seriously, so when someone says “this sounds like the Velvet Underground” that’s like someone saying “your painting looks like a Jackson Pollock.”  Not ready to go that far here.  But every chord and rhythm change is perfect, and because (just like the Velvet Underground) they grasp that the essence of every rock song is chord and rhythm changes, they kill that part.
(4) Little Scream – “Love as a Weapon”
It is impossible not to enjoy this song. Also impossible:  to sit still while listening to it.   It won’t change your life, but that’s no small achievement.  When Prince died, I listened to this pretty much every day.  It helped.
(5) Kiiara – “Gold”
If there is any sound that will forever call to mind 2016, it is the opening of this track.  Even though we may never know what the lyric is. Roof is falling, let me love you ? … something?  Probably better this way.
(6) Amber Coffman – “All to Myself”
I can't just sit around, feeling upset / Dwelling on my loneliness / Maybe if I step out, go get some sun / Maybe today I'll get something done.  Every disappointing, over-hyped song from Dirty Projectors now becomes mere context for Amber Coffman's solo career. At least that's what this track promises. And at this point, we don't know any better so let's just enjoy that promise for a while.
(7) Lucy Dacus – “I Don't Wanna Be Funny Anymore”
An effective and affecting track, Lucy’s phrasing makes it happen.  After the Katie Crutchfield revolution, labels will be anxious to sign anyone who can put the listener into such an intense and specific emotional state.  Wouldn’t it be great to believe that?
(8) Alex Lahey – “You Don't Think You Like People Like Me”
You need to hold on for the chorus on this track.  That’s when you get the instantly memorable refrain, which is brilliant in its own right, and also perfectly frames the chorus.  Then you realize this is a fantastic rock song.
(9) Seratones – “Don’t Need It”
I stumbled across a video of Seratones playing on a TV show and thought I was early to the bandwagon.  Watch AJ Haynes, the singer, perform and you know she is going to be a star.  But maybe they got overlooked?  I don’t really know how to tell if a rock song is successful anymore.  They are playing a concert in SF in what is basically a garage.  But, that is also where I saw Foxygen.  It would be a mistake to hold that against them.
(10) The Knocks, POWERS – “Classic (feat. POWERS)”
Is this disco?  Yes it is.  So what?  Disco is about nothing but a dance groove.  It’s the perfect music for any time when music about the world just gets depressing (because the world is, you know, totally depressing).
(11) Riton, Kah-Lo – “Rinse & Repeat”
It’s a little hard to follow what electronic music is today, but there’s an awful lot of it that sounds like it wants to be this track.
(12) Tacocat – “I Hate the Weekend”
I live in the Mission and this song speaks to me.  Five days a week it’s a great place, but on Friday and Saturday night I just want to be somewhere else.  I think most of the neighborhood feels the same.
(13) Martha – “Precarious (Supermarket Song)”
OK, this might be a compromise of the strict gender rule, but you can’t begrudge these kids a listen. The Manc accents are so extreme they can’t be real, can they?  I’m a person, you’re a person / Nothing else is really certain.  That is better than every Oasis lyric, ever.   Even if this song only counts half, it makes this list.
(14) Hinds – “Warts”
This is not the best track on the Hinds’ album but it is awfully easy on the ears.  Or as easy as it can be to listen to children scream in a foreign language they haven’t quite mastered.  Liking this song confuses the hell out of the Spotify algorithm, which amuses me.  With the relentless idiocy of “artificial intelligence” Spotify keeps recommending songs that probably check the right boxes on some marketing sheet, but all suck. Or maybe this is actually a joke song, and Spotify is smarter than me.
(15) Childbirth – “Siri, Open Tinder”
Childbirth is so much fun.  They wanted me to say that.  You know they did.  We might already be over “swipe left” as a meme, but this is a perfect application.
(16) PJ Harvey – “The Wheel”
Could this list leave out PJ Harvey?  Not when she put out such an unexpected, but somehow unsurprising, groove.

Posted by Aaron Bergstrom at 9:31 AM