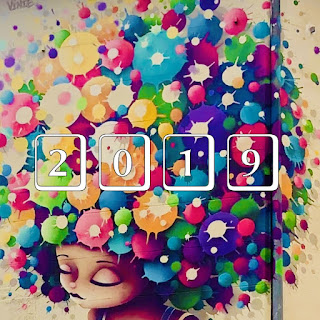 I started doing Guest List Week back in 2012, and since then it has become one of my favorite annual traditions, something I look forward to all year long. Guest List Week has been a lifeline for me - it's a reason to reconnect with old friends, and a chance to get to know new friends better through music.

Over the last eight years, thirty-five different people have submitted lists, including both my oldest friend in the world (Hi Curt!) and six people I met in the last year, friends from Minnesota to California to Mexico (Missed you this year, Dio!) to The Netherlands (and I'm pretty sure Gene submitted at least one list from Nigeria), friends from school and work and dog rescue, friends of Ilana's who have become friends of mine, and even one person* who has both appeared on a list and submitted one. Two people (Congratulations Curt and Carl!) have participated all eight years, and a bunch of other people have only missed one (If you or anyone you know have information regarding the whereabouts of Ilana's possibly apocryphal 2014 list, please contact the relevant authorities).

2019 marks the biggest Guest List Week ever with nineteen lists, and the fact that it is now spread over three full weeks means we probably need to rename it for 2020. To commemorate such a great year, I wanted to take a look at the list we made as a group, tallying up all of our picks to see what 2019 really looked like. So here it is.

SONGS OF THE YEAR

* (Defining a song to include all versions - for example, both the original and remix of Taylor Swift's "Lover" made different lists, that counts as one song.)

Our Song of the Year was a tie between Taylor Swift's "Cruel Summer" and the Charli XCX / Christine & The Queens duet "Gone," both of which appeared on seven lists.

Our Top Songs (song appearing on at least three lists):

ARTISTS OF THE YEAR

With collaborations, features, and remixes, it's hard to say exactly how many artists made at least one list. If we restrict it to lead artist only, I can tell you that 61 artists had at least two songs that appeared on at least one list.

Our Artist of the Year is also a tie, between Ariana Grande and Lizzo, both of whom had seven* different songs appear on at least one list.

* (Lizzo's appearance on Charli XCX's "Blame It On Your Love" would be an eighth if you're looking for a way to break the tie.)

Our Top Artists (artists with at least three songs that made a list):

Here is a playlist of every song on every list:


And, because we show our work here at Burn Your Hits, here is every song and artist to appear on more than one list: