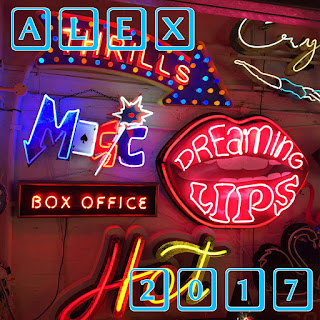 Cannot listen to the first 30 seconds of this song without voguing like a freak.  I’m really, really worried this song will be adopted for use in a Pixel commercial at some point in 2018.  You could tell me this is a new Pharrell song and I would believe you.

I have never done SoulCycle but every time this song finishes, I’m drenched in sweat, my ass looks perky and I suddenly crave an $11 almond milk spirulina protein shake.  I used to think Demi was yet another mediocre pop star forged in the kiln of the Disney-Industrial complex but she performed on SNL a while back and holy shit can that girl sing.  Be glad that I do not sing as well as she because I’d never shut up if I did.

The "Virtual Insanity" video defined what was cool to me in the 90s and led to a brief period of Anglophilia, British accent affecting and vowing one day to live in England.  Anyway this is a fun little diddy that projects into a bleak future where we’ve automated the proletariat classes into irrelevance and we dance in space discos served by robots!!

The most infectious song on Melodrama, which was my favorite album of the year.  The song shows restraint but also a catchy piano riff.  I blasted this song at full volume more than any other this year.

Ok technically this song came out in 2016 but this year was the year of Princess Vitarah.  This song is playful absurdity at its best, which provided the perfect counterpoint to a year that was otherwise defined by anxiety and a bleak outlook on the world.

I’ve seen this song on more "best of 2017" lists than any other.  And for good reason.  What isn’t there to love about a pure pop bop with Zelda sound effects and a music video that is the substance of my daydreams?

I’ve always wanted a sister.  Specifically, I’ve waited sisters like in HAIM who could take me shopping and teach me how to roll cigarettes and introduce me to their cool friends.  Are you listening, HAIM?  I’m still waiting for you to respond to my DMs.

This year left my filled with nostalgia times past: times where I was more innocent, happier, in better shape, a little more optimistic about the future.  A staple of the past has always been the 8-min+ scratchy voiced guitar-heavy anthem with a build that I can play loudly, jam along, sing along, and forget about what’s going on.  From "Bohemian Rhapsody" to "Konstantine" to "Only In Dreams," “Beach Life-In-Death” added a long interlude to my day that lifted my spirits.  If you are a Car Seat Headrest megafan you will tell me this single was released in 2011 (gasp) but it was remastered and released on Spotify this year.
Posted by Aaron Bergstrom at 8:54 AM