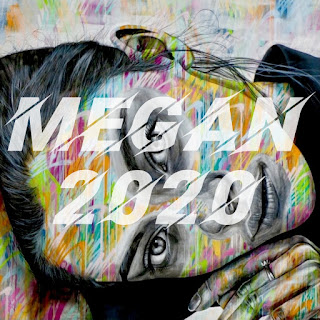 For a music person, it was the year the shows went away. And rightfully so, of course, but it stung nonetheless. Concerts are just what I do, what I need, so it was weird. And then on top of that, all year I found myself teetering back and forth with how to feel about music in general, which was weird for me, too.

On one hand, spirits are low and everything seems so bleak, people are dying and we have no leadership, so why do I give a shit about music? It seems so trivial.

But on the other hand, music has always been a refuge, a coping mechanism, an essential component of my sanity, so don’t I need music more now than ever before?

The answer was yes. Music did play a big role in getting me through the year, but truth be told it was mostly older, more comfortable and familiar tunes that played in the background each day. So much Grateful Dead, Bob Marley, Paul Simon, funk, soul, disco, and (strangely) Disney. I felt like my interest in what’s new and cool took a backseat this year for a few reasons, the most obvious being I am not nearly as cool as I used to be (sad but true). In addition to that, I don’t have as much down time to go exploring, as the majority of my life now is spent in a perpetual cycle of cutting up blueberries, making sure my child actually eats the blueberries, and then cleaning up all the blueberries that she intentionally throws on the floor because she thinks it’s funny. So here’s what I got for 2020. Let’s hope the shows come back soon and we can enjoy all of this together, live, and at the venues we love and so desperately need to survive along with the rest of humankind.

I was so relieved to see that my most played song on Spotify this year was a new one and not a Disney song! This was my favorite 2020 track by a landslide, it was like music medicine for my weakened, quarantined soul. It has the funkiest, most infectious groove, and it is impossible not to bounce to it. And while I’m always an existentialist, the lyrics feel more relevant than ever: That’s life, if we had more time, we could live forever, just you and I, we could be together, that’s life …

A new Fleet Foxes album was the gift I never knew I needed so badly. Shore is so painfully gorgeous from start to finish, but "Sunblind" stood out right away as the song I want to sing after I climb to the top of the highest mountain while little birds fly to my hand as I feed them. Normal, right?

My Morning Jacket – “Feel You”

In a year full of surprises, My Morning Jacket releasing a follow up to 2015’s masterpiece The Waterfall was my most favoritest surprise ever. The Waterfall II isn’t as flawless as its predecessor, but “Feel You” instantly feels like an old friend even though we’ve only just met. I know I’m still alive whenever I hear Jim sing, “Watching you, watching me, reaaaaaching out, betweeeen the worldssss” because every goshdarn goosebump in my body immediately stands on end and then I start to cry. Also normal.

Kevin Morby has a way of making rootsy, solo acoustic guitar music sound special and interesting to me, a person who often finds solo acoustic guitar music, well ... a bit of a drag. What I especially dig about him is that he has managed to create his own unique sound, voice, and message, a rare feat in the days where, really, anyone can be a recording artist. “Sundowner”’s beauty is haunting, a highlight on an album of many highlights.

Woods – “Where Do You Go When You Dream”

I could have sworn this album came out two years ago but, ha ha! Joke's on me, it was only released in May. Oh time, you are a cheeky buggah! Strange to Explain is quintessential Woods, whom I adore, but all the songs sound exactly the same so here’s one to represent the rest.

This is a Christmas album, so, by nature, all the songs are covers. This song in particular is a John Cale cover and because I am a good little Jew I have no idea if it’s a traditional Christmas song or if Andy just figured it would fit nicely amongst the carols, but whatever, this album is such a nice addition to the seasonal rotation! I thank the gods for Andrew Bird every day (insert praying hands emoji).

Fleet Foxes – “Can I Believe You”

You know you listen to a song a lot when your one year old immediately starts clapping and swaying back and forth the second the song comes on. And that’s saying a lot because the first few seconds of this song are just “oooohs” with no backing music. She knows what’s up!

Thank you, SUUNS, for a new single, and for reminding me of my old self. I love that self and I fuckin' love this band. They have perfected what I deem the “smolder to climax” effect. “PRAY” is way more grating compared to the child-friendly stuff we mostly got goin' on up in here, but every now and then I would just blast this to, again, remind me of my old self and how she used to feel.

Grimes has reached peak weirdo status but I still love her. I didn’t have Miss Anthropocene on chronic repeat like I did with Art Angels, because in order to listen to peak weirdo Grimes you have to be in the most specific kind of mood. Not really sure how to describe that mood but it is a mood that I’m not often in. However, this song is super catchy and easy on the ears, and I totally dig it.

This last song is nowhere near 2020 but was played so many times and is such a delight I just had to include it in this measly list. Many months ago in a metaphorical fever dream I found myself lost in African Zam-rock on Spotify, and “Khala My Friend” stopped me dead in my tracks. A mood lifter, a sweet piece of candy, a perfect song in every regard.

Posted by Aaron Bergstrom at 12:49 AM