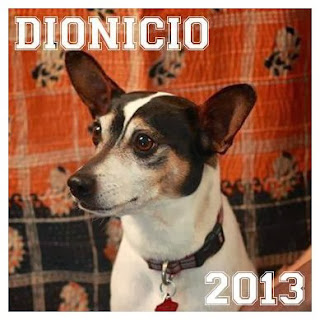 [Guest List Week II continues with our first international entry! Live from Saltillo, Mexico, it's Ilana's co-worker Dionicio Solano! More than anything, I respect Dionicio's eternal devotion to Britpop. I'm so excited that someone else is still listening to Suede.]

The National is more of an albums band, I had to pick one song out of what was my favourite album of 2013.

Certainly of the most overplayed songs of the year at home, it helped that my wife loved it.

Like a smash hit from the 80’s that never was.

I discovered this guy this year, massively underrated.

The title is 100% appropriate, running to this track is awesome.

Best track on the album by a mile, sounds like when Travis were amongst the best.

Underexposed, underrated, but not underplayed for me.

This track has a deep personal meaning for me, very emotional and powerful track.

I’m not 100% sure what the lyrics are about, but it’s pure VW awesomeness.

Awesome track by the YYY’s, Karen O at her best.

This might be Beady Eye’s best song so far (they don’t have many, but this one is really good).

Energetic start to a great album.

These guys should do more tracks together.

Who knew JM could sing?

I don’t know about the lyrics here either, but the melodies are really good.

This year’s DG album was not that great, but this track was awesome.

Pure nostalgia for the times when Suede were the best.

(20) The Courteeners - "When You Want Something You Can’t Have"

Nice little Britpop ballad.
Posted by Aaron Bergstrom at 7:37 AM