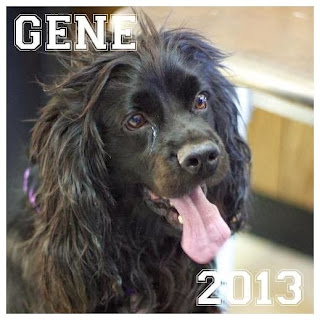 
[Guest List Week II continues with Eugene Novikov, who is (seriously) moving to Nigeria TOMORROW. So, (a) this means we have to wait one more day for our first international Guest List, and (b) if you enjoy this Guest List, probably best to let Gene know RIGHT NOW. Please join me in wishing Gene equal parts safety and adventure in the land of the Super Eagles.]

Look, I’m 100% on board with the notion that these guys are insufferable. Sadly, my most vivid memory of Outside Lands 2013 may be their hungover, lifeless, beyond-half-assed set in the Friday noonslot; they had 45 minutes to play one of the country’s premier fests, and left after 30. So it’s almost sad that they’re also really fucking talented; this song, in particular, sends a classic melody floating over two interweaving guitar lines and proves that there’s rock-solid songcraft lurking under the stoner facade.

Anthems are fun. I’ve not had the pleasure of seeing Ivan & Alyosha live, but really want to, just to be part of the crowd shouting this triumphant chorus back at the band.

Somewhat of a departure from Sleigh Bells’ sonic-assault m.o. (for that, see the almost-equally-terrific “Bitter Rivals”), instead deploying their drum machines, staccato synths and cryptic lyrics in service of a quiet, beguiling singalong.

A gentle and bittersweet lullaby; a love song at once rapturous and apologetic. I like Ritter best in this straight-ahead, unshowy mode, which showcases both his fantastic voice and his formidable gifts as a tunesmith.

Didn’t think much of It’s a Corporate World, but was convinced that these guys were capable of way more, and two years later they proved me right. This is my favorite track from the fantastic The Speed of Things; it’s a beautifully arranged, almost intimidatingly sophisticated pop song, packing in so many sneaky little hooks that it surprises me each time I hear it. The upward lilt in the chorus (“I forget your face”) is one of those ecstatic little musical moments for which I can only be eternally grateful.

In some ways this is the platonic “Gene song” — sweet female vocals singing a catchy melody over a propulsive beat. I can’t make a strong aesthetic case for it except to say that it hits just about all the musical pleasure centers I possess.

Why couldn’t I write and perform a fantastic album — or for that matter do anything worthwhile at all — at age 16? Lorde’s debut is remarkable by any measure, but downright supernatural for a teenager; this lovely slow-burner is her best song so far, a disaffected-teen anthem with a sentimental, weirdly touching twist (“and I like you”).

Completely in love with the production on this song — ESMZ finally fully embrace their tent-revival tendencies, assisted by a glorious melange of horn bursts, handclaps, and (I think?) timpani. Somehow it makes sense that these guys are at their least annoying when they go totally balls-to-the-wall.

Love just about all of Cronin’s awesome MCII, but it was this simplest number that totally slew me. It’s like sadness in gorgeous song form.

Helen Marnie is the lead singer of Ladytron, and this is mostly for fans of Ladytron’s brand of metallic, ineffably sinister pop; like, say, “Destroy Everything You Touch” (their masterpiece), “High Road” would sound equally at home in a club or as the theme song of a Terminator film. Maybe the year’s straight-up hookiest song — a hell of a feat given the unrelentingly steady midtempo pace.

Showed up at San Cisco’s show at Slim’s in SF only to discover that the average age of their (surprisingly sizable) fanbase is, oh, 15. Fuck! Anyway, I like these Aussie popsters a whole lot, and “Nepal” boasts an irresistible melody elevated by Jordi Davieson’s killer vocal — he’s not a great singer, but his voice is perfect for this type of song, and his enthusiasm is infectious.

So this is what the hipster kids are listening to these days? I like it.

Aaron and I saw Tanlines open for Vampire Weekend a few months back, and upon watching them perform with a guitar and a Macbook, I wondered aloud about the future of live popular music. I mean, I know the zeitgeist is trending strongly toward electronic bands (see #3), but come on — screw this. I don’t go to shows to watch a guy tap away at a computer. LA up-and-comers Sir Sly provide the answer, I think. Their gloomy, beautiful songs are set against the sorts of pulsating synth soundscapes that are in vogue right now, but they’ve retained the trappings of rock, and in their (great, but for now too-brief) live shows they’d much rather simultaneously have four keyboardists and two percussionists than a dude with a laptop. “Where I’m Going” is your best introduction to this remarkable band, who I hope have an actual album in the pipeline. We’re still doing those, right?

So gratifying to watch these guys get better and better. I’ve bragged to multiple people that I saw Vampire Weekend before anyone gave a shit about them (opening for the New Pornographers at a pop-up show in NYC shortly after the release of Challengers), and while it’s easy to see why they broke out, a band with songs called things like “Cape Cod Kwassa Kwassa” can flip the switch from “fun” to “insufferable” at the drop of a hat. But through three albums, their music has only gotten more intricate and less precious, culminating in this gorgeous, inscrutable magnum opus. I have no idea what “Ya Hey” is about, but it’s brought me tremendous solace and joy in what’s been a stressful, eventful year.
Posted by Aaron Bergstrom at 6:29 AM