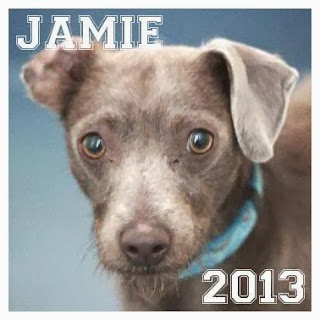 I have listened to my unranked songs A LOT over the last few weeks and re-written this post like 5 times (sorry Aaron) until finally determining that I am in fact Scottish and will likely never be satisfied with the tracks I picked. Sorry.

Good news is I still like the tracks I picked and a few songs percolated to the top. I'd find myself dancing in my chair at work or nodding my head as I sang the hook in my head at night. While not conducive to sleep it was an enjoyable way to whittle my list.

After much angst and procrastination I've determined Aaron is a magical man who must rank his Top 100 while dreaming at night. In chatting with him on Boxing Day I've culled out a 2013 trend - while I appreciate production value my favorite tracks tend to have naked vocals; so despite not seeing most of the bands live I imagine their shows would live up to my expectations. Aaron's positive review of Wet bolsters my hopes that if I muster up the energy to trek to SF for a show it'll be well worth it.


This pretty much checks all of my musical fantasy boxes: British Indie Pop, dancy back beat, clapping as an instrument, solid drums. Only thing missing is some dirty bass and whistling but don't worry Aaron there are still a few tracks that hit those chords.


This track is a prime example of that percolated track. At first blush I liked it ... a lot ... but as I was building my list this song kept sneaking its way back into my dome. Maybe its the way the auto accompaniment keyboard beat breaks for the rising Bon Iver/Volcano Choir moments freckled throughout. Or maybe its just because they somehow managed to sneak in the lyrics:

She said "Who do you think you are?"
I'm not some random hussy that you picked up from a bar

In a way that I find so enchantingly unfettered I only smirk 60% of the time, every time.


This song has continued to grow on me over the last few months. Haunting vocals with dead simple lyrics and a late beat drop with visceral snapping - yes, this song proves that's a real thing.


Confession time, on my honor I was/am a Girl Scout (depending on current Girl Scout law) and spent a few summers rocking the hell out of Camp Hidden Falls classics like the "Hippo Dance" and "In the Jungle" at campfire that typically we sang in rounds. The point to this digression? While technically this isn't a true musical round composition, for me, the basic repetition of the title line evokes that same nostalgic quality with a grown up lyric. Throw in a random collaboration, some more clapping and funky electro bass and you secure your spot in my top 5.

(5) Rudimental ft John Newman and Alex Clare - "Not Giving In"

My commute is short, like 7 minute walk short, so I don't listen to the radio; it wasn't until I caught a John Newman track in the credits of Mob Wives that I realized he'd hit mainstream. I like when a band I'm digging gets some acclaim- hey it means they'll have money to make more music! But no need to help me 97.3, I can overplay a song all by myself. Of the 3 tracks on my list this Rudimental track with Alex Clare was the first I'd heard of John Newman and I credit it for leading me to his other tracks, also its still probably my favorite so it gets my final slot. The video is solid albeit much darker than I envisioned upon first listen but give me indie vocals and heavy bass and I'll overlook the license you take with the video.

Honorable Mentions: While I don't think we've ever met I feel a strange musical kindred spirit with Curt's posts both from 2012 and from this year. Often my drive is to find tracks Aaron doesn't know and squirrel them away in the mystical land of Soundcloud. While my list started with many, many more than 50 I was able to pare it down by removing anyone who was well represented on Aaron's or Ilana's lists. Namely: San Fermin, CHVRCHES, The 1975, and of course future guest lister and our friend Maya's band The Colourist! So if you think I am crazy for not having a dancy electro pop track on there its probably because it fell subject to the aforementioned cut rule.

Gratuitous 80s Moment: Check out this video from Blood Orange; if you love the 80s as much as I do you'll probably spend the rest of your day watching Purple Rain while desperately hunting for that perfect mock turtle velour snap bodysuit to go with your stirrup leggings.